The Bringer of Madness wins a landmark case in America's highest court. 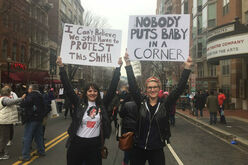 March 2, 2017 – Cynthia Myrbles, one of the 3.2 million protesters being paid $1,500 per week by the DNC and George Soros to participate in the Women's March on Washington and subsequent national protests, told reporters on Thursday that despite her newfound financial security, she really only views fake protesting as a stepping stone towards more fulfilling performance opportunities. 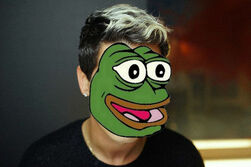 February 21, 2017 – Milo Yiannopoulos, a professional person who says things designed to hurt people who had become very popular with people who don't mind seeing other people hurt, has in the course of a week been disinvited from a public speaking engagement, had a book deal canceled, and resigned from the president's preferred news outlet, due to finally saying a thing that made the people who like hurting people feel hurt.​ 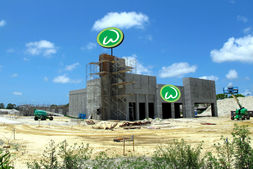 January 20, 2017 – Following the inauguration of President Donald Trump, the signature promise of his campaign, to construct an enormous, 40-foot-high Wahlburgers restaurant on the Mexican-American border, is officially underway. Government contractors have suggested that the new location of the Boston burger joint will officially open by December, provided there is enough cheap labor. 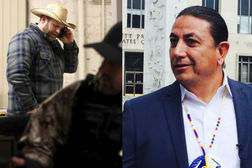 December 5, 2016 – Ammon Bundy, the leader of the Oregon militia who were legally exonerated after the armed takeover of a national wildlife refuge, reached out to congratulate David Archambault II and the other water protectors of the Standing Rock reservation who had staged a successful unarmed protest on their own lands, saying that this has been a great year for totally equivalent victories over the powers-that-be. 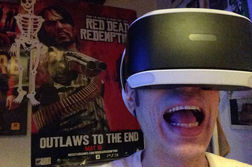 November 18, 2016 - A newly published report by the National Security Agency suggests that recent American intelligence hacks originated not in Russia, but in Japan. Officials were baffled until one analyst noted that Minato, Tokyo, the traced origin of the hacks, is also the location of Sony corporate headquarters. 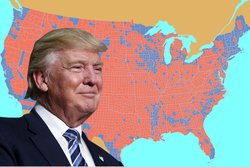 November 9, 2016 – Millions of city residents across the United States awoke Wednesday morning and confidently opened their laptops or iPhones to check their newsfeeds, only to learn for the first time of the existence of a previously unheard-of part of the country known as “middle America.” 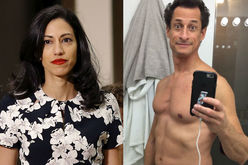 November 2, 2016 – In the wake of the FBI's announcement that new evidence in Hillary Clinton's email scandal has been seized from disgraced congressman Anthony Weiner's laptop by way of her top aide Huma Abedin, proponents and voters from both sides of the aisle are growing excited at this new opportunity to criticize and tear down yet another woman who was betrayed by her husband's penis. 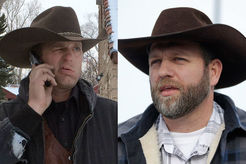 October 28, 2016 – Thursday's acquittal of Ammon Bundy's seven-man militia group, who in January staged an armed occupation of the Malheur National Wildlife Refuge, a federal facility in rural Oregon, has set a vital legal precedent for future jurors who might wish to ask, “Well what is a felony though, really?” 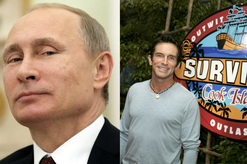 October 13, 2016 – While stating that he considers Donald Trump's performance thus far in the US presidential race to be satisfactory, Russian president Vladimir Putin did confess to reporters that his first choice for a puppet with whom he could effectively undermine the American democratic process had been Survivor host Jeff Probst. 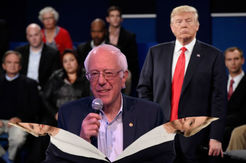 October 11, 2016 – While some mainstream Democrats expressed disappointment that Sunday night's second Presidential debate tended more towards personal attacks than policy and substance, many more skeptics and dissenters in the party's liberal base were outraged that Hillary Clinton did not unzip her costume to reveal that she had been primary contender Bernie Sanders the entire time. 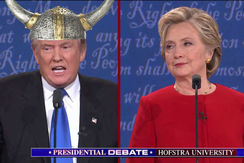 September 27, 2016 – In the course of last night's US presidential debate, many policies were debated at length and in-depth, but perhaps no plan was more striking than that of self-professed billionaire and former Viking Radningar Donald Trump to employ a “pillage”-based foreign energy acquisition policy, with regards to seizing foreign sources of oil in the name of America and Valhalla in the next life.