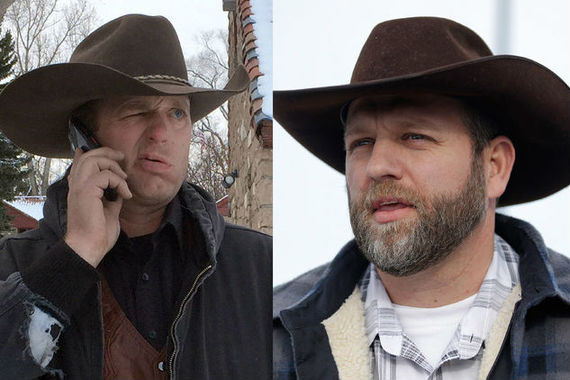 Photo courtesy of AP Photos/File
October 28, 2016 – Thursday's acquittal of Ammon Bundy's seven-man militia group, who in January staged an armed occupation of the Malheur National Wildlife Refuge, a federal facility in rural Oregon, has set a vital legal precedent for future jurors who might wish to ask, “Well what is a felony though, really?”

“You can blame the arrogance of the prosecutors if you must blame someone,” one anonymous juror, Aaron Shneebtown, told the press. “They failed to prove to us that the explicitly illegal thing the seven defendants did was actually illegal. I mean, conspiracy and armed insurrection? Maybe the group just showed up to sample some of Harney County's exquisite wildlife for 41 straight days.”

The jurors in the six-week-long trial were asked to only consider the evidence against Bundy's crew that was compiled from things they had openly said and done, despite law enforcement's insistence that there would be consequences for their actions. As a result, they concluded that laws are basically just suggestions, especially when the defendants are wearing such cool hats.

“I mean yeah, what they did was kind of messed up, what with disrespecting local and state police and threatening people's lives. But, like, is that stuff really a felony?” Shneebtown asked, referring to the word which originated from a crime involving confiscation of land and goods.

Legal experts and defense advocates are celebrating the ruling, for they say it opens the doors to all manner of wiggle room when it comes to the letter of the law based on circumstances, retroactively vague intentions, and one's ability to appeal to America's innate love of heartland folklore and sense of distrust towards the federal government, plus other ethnic considerations.

“It's an exciting time for anyone who's even considering picking up a gun and waving it around someplace, claiming to be exercising their right to scare the shit outta people,” defense lawyer Beverly Chrysanthemum told reporters. “Well not 'anyone,' obviously, but provided you have the proper optic credentials, it seems now you can get away with pretty much anything!

“I'm actually thinking of getting my shooting range buddies together and occupying a Red Robin tonight. I could 'protest' the hell outta some bottomless steak fries, and I'm a little low on cash.”

Also celebrating the ruling is the Bundy family, who, despite facing similar charges from their 2014 standoff, expect to be released in short order to do the same shit a third time.