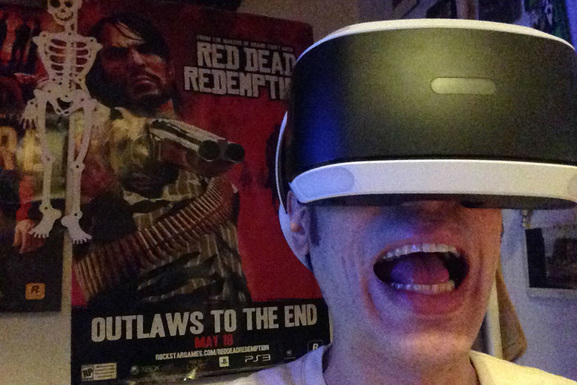 
November 18, 2016 - A newly published report by the National Security Agency suggests that recent American intelligence hacks originated not in Russia, but in Japan. Officials were baffled until one analyst noted that Minato, Tokyo, the traced origin of the hacks, is also the location of Sony corporate headquarters.

Despite the fact that Sony launched its virtual reality apparatus stateside in mid-October, gamers took note that most of the device's games were scheduled to be released just after the election. Although the release of a new console without games is not unprecedented, nor the release of high profile games during the holiday season, the recent news about the nature of the political hacks does raise questions.

Particularly: Did Sony manipulate the entire presidential election in order to sell VR to America?

Hype over Sony's high-profile virtual reality gaming unit, previously named Project Morpheus, had dwindled over the years due to several other personal VR peripherals being released, such as Oculus, Google Cardboard, and Samsung Gear. Directly following the election, however, Americans' interest in escaping reality grew tenfold.

"By preying on the depression and disillusionment of American voters, Sony is cynically profiteering in a way that is dangerous." Dr. Heinze Lemke of the Geopolitical Gaming Institute warns. "How can what we're faced with in actual reality ever compete with becoming Batman, or serving on a Federation starship? I predict that we will see more and more Americans checking out in the months to come."

Sony president Kazuo Hirai had only one thing to say when asked to comment: "Available now, you can spend $399.99 and get the PS4 VR, or for $499.99 you get the bundle, and enter the next level of gaming and media experience. The VR doesn't care what race or gender you are. It's the perfect gift to just say fuck you to reality and start earning trophies."