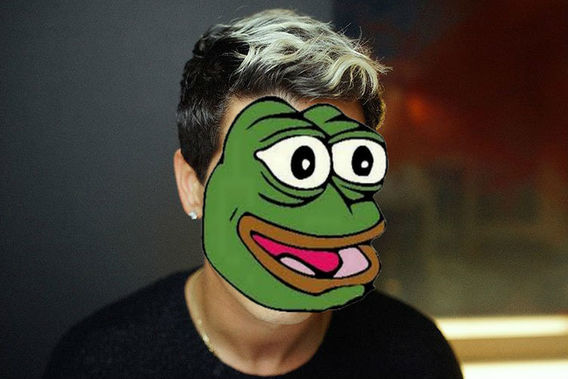 February 21, 2017 – Milo Yiannopoulos, a professional person who says things designed to hurt people who had become very popular with people who don't mind seeing other people hurt, has in the course of a week been disinvited from a public speaking engagement, had a book deal canceled, and resigned from the president's preferred news outlet, due to finally saying a thing that made the people who like hurting people feel hurt.

Breitbart News, the online news outlet celebrated for publishing distasteful points of view, was in the end deemed to be too tasteful a place of business for the conservative cult figure's distasteful views about children, specifically.

“Normally we encourage and tout the horrible, impolite things that icons such as Mr. Yiannopoulos say through our website's front page,” explained Breitbart CEO Larry Solov. “But this time he said a horribly impolite thing about children, perhaps even sweet young white Christian children, and we mutually agreed that it was time to part ways. We have to be clear about our publication's standards.”

While the people who have often been the targets of the professional shit-spewer's bigoted vitriol have expressed little to no surprise over the recent developments, many people who quite enjoyed his bigoted vitriol before this were caught unaware that the shit could also be spewed towards those they selectively care about.

“I just couldn't believe my ears,” lamented former Milo superfan Wilemina Cankles. “You hear someone lob lazy online insults at liberals, women, blacks, Mexicans, Muslims, Hollywood, transgendereds and his fellow fags for years, and you think, 'Here's a guy who's got it figured out.'

“But that his twisted points of view could somehow turn towards my darling, not-at-all-confused Caucasian son was something I never dared imagine. What happened to the Milo who simply wanted to drive strangers I don't like to suicide?”

Despite this sudden loss of opportunities, the renowned alt-right troglodyte has vowed to worm his way back into the public's good graces, hopefully by pinpointing a particularly vulnerable community whose harmless existence strikes a superficial chord with the anti-pedophilia crowd that has unexpectedly turned on him.

Political reporters note that they haven't seen a revelation this damaging come out since October of the US Presidential election, and as such they are confident that Mr. Yiannopoulos will land back on his feet.