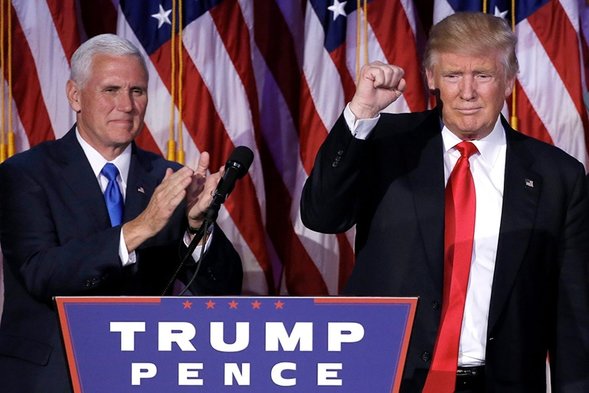 ​January 17, 2017 – According to an interview which aired Wednesday, in the week leading up to the inauguration of President-Elect Donald Trump, America's Factual Information, known to close friends as Facts, have begun suffering from a crisis of self, questioning their own existence, and the reality which they have created through verifiable study.

“We just have this profound sense of being under attack, in a way that's called into question everything we stand for,” Facts told George Stephanopoulos on Good Morning America. “It's like, something happens, we let people know about it, and the next day we are told repeatedly through blogs and social media that we are not real. And honestly, considering the crazy state we've been in since November 9th, it's hard to blame good people for giving us the side-eye.”

Facts stated that they have been in therapy for the past few months, where they have explored their feelings of being under-appreciated in the modern age of rapid misinformation, which may be the primary source of their dissociative disorder. They fear that, no matter what sites like Facebook do to combat internet falsehoods, some people may never look at them the same after this past year.

“Yes, a lot of famous people died, and yes, America is on a slippery slope towards authoritarianism that began even before 2015, but is expecting folks to face us, even at our worst, so much to ask? You think we like giving people bad news, telling the hard truths? Hell, it would be so much easier just to slip further into our own psychosis, and watch Westworld on a loop until nothing makes sense anymore.

“But Dr. Bhandari has been insistent that we not blame ourselves for our own outcome,” Facts went on. “After all, we did our best to let the public know our deal. We're messy, we're flawed, and sometimes the winners get to write us for a while. But we're still important, dammit, and we deserve to be heard!

“I swear we are starting to feel like William Shatner in that Twilight Zone episode where there's a gremlin on the wing of the plane, and everyone's telling him to sit down and shut up. Except the plane is global stability, and the gremlin just got elected President of the United States.”

Facts have vowed that, if people continue to gaslight them and treat them with disrespect, they'll just pull up shop and go on vacation until 2020. “We may just need some time to work on ourselves, remember and cherish who we are. Somewhere quiet and relaxing, and not in constant need of a reality check.”