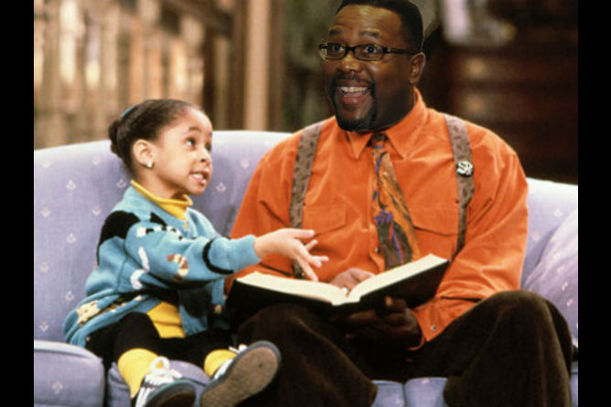 November 21, 2014 – The backlash regarding legendary comedian Bill Cosby's rape allegations continues, now with reruns of The Cosby Show being pulled from TV Land's roster. On Friday, the station's representatives confirmed that it is not their intent to remove the program permanently, but instead, for sensitivity reasons, to digitally replace every image of Cosby with veteran actor of The Wire and Image Award winner Wendell Pierce, before re-releasing it to the public.

“We understand that the show still holds a special place in people's hearts, but also that the mere sight of the accused and now quite disgraced comic might be upsetting for some,” says VP of Strategic Insights Laurel Weir. “To that end, we at TV Land feel that digitally enhanced reruns, with Mr. Pierce taking over the multicolored sweater, is the most effective action.”

While Weir assured reporters that the show's familiar name would not be changed to The Pierce Show, she did confirm that the Treme actor is already undergoing extensive CGI capture in order to play the iconic Cliff Huxtable several decades after the fact. Mr. Pierce, a professed fan of the show, will recreate all of our most beloved scenes, such as when Theo gets his ear pierced, and when the whole family sings Night Time Is the Right Time.

“The Cosby Show had a major impact on me as a young man, and I've been hoping to move into lighter sitcom roles of late,” said Pierce, whose supporting stint on The Michael J. Fox Show had ended rather sooner than hoped. “To be able to step into the motion capture chamber that allows me to step into the role of Cliff Huxtable is nothing short of a dream come true.”

TV Land, after weighing the costs of losing such popular programming, agreed that it would help to bring in members of the original cast to read lines alongside Pierce, including Phylisha Rashād and Malcolm-Jamal Warner. Keshia Knight Pulliam and Raven-Symoné, both of whom were unavailable and no longer considered adorable enough, had each of their parts covered by Annie Star Quvenzhané Wallis.

“While I cannot comment on the matter concerning Bill's actions, I will say that it is a thrill to revisit the role of Clair, especially with a new husband,” Rashād told reporters. “Admittedly, Wendell struggled at first with the jokes and the lack of cursing, but that's something I've found most HBO regulars go through.”

The reruns are set to return sans Cosby in spring 2015. If the move proves successful, Up TV has also announced that they will seek to replace Stephen Collins with James Spader in reruns of 7th Heaven.