Treasury Official: Andrew Jackson Will Remain on Twenty To “Fuck with his Ghost” 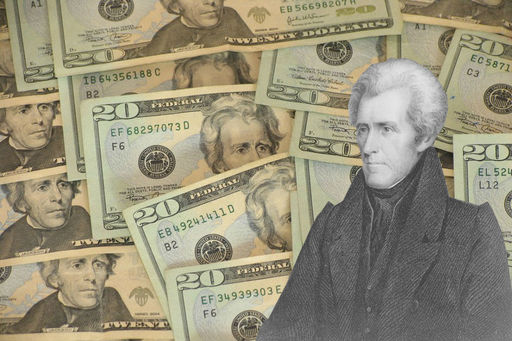 
July 3, 2015 - In an unprecedented move, the U.S. Department of the Treasury announced that the ten dollar bill would be replacing Alexander Hamilton with an important female figure. Though critics have noted that this doesn’t make logical sense when considering Alexander Hamilton’s importance to the Treasury, and the fact that Andrew Jackson didn’t believe in the Treasury or paper money, Treasury official Dallas Holsthorpe says a much more emotional reason guided the Treasury’s currency decision.

“Seriously, fuck that guy,” said Holsthorpe. “He didn’t believe in us and he never supported us, so this is our way of getting even. Progress is nice and all, but it's really about giving that that know-it-all sonofabitch the finger for eternity.”

Former Treasury employees noted that this sentiment is fairly pervasive throughout the department. “I saw a man get interview, hired, and then fired two weeks later just because his name was Andrew Jackson,” said former Treasury employee Lily Anne. “It may have felt bad a couple weeks later, but for at least three days everyone felt like they had just beaten their disapproving dad in a wrestling match. We were high fiving every morning on our way in.”

Despite protests, Holsthorpe says the principle of their vendetta will prevent them from budging: “Admittedly it started out as a prank, but once it got going, it became increasingly satisfying to mess with his spirit in the afterlife.”

“I still get sexually aroused every time I see someone use an ATM, because chances are they’re getting twenties.”