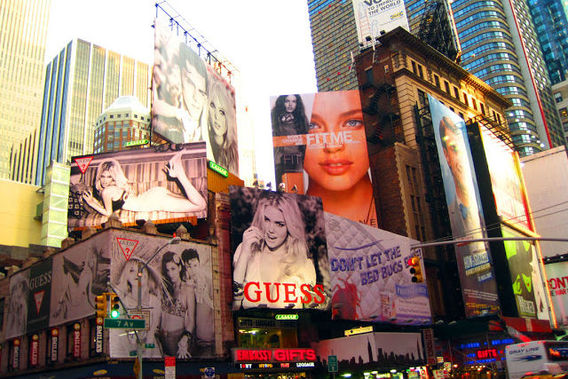 September 18, 2014 – With detailed threats made by the terrorist group ISIS against midtown Manhattan and other major city centers, police and federal officers are doubling down on security in all of these key locales. In the case of Times Square, the major focus of the group's social media attention, NYPD Commissioner William Bratton has stepped up, assuring residents and visitors that law enforcement would do everything in their power to safeguard the trash-covered streets, unlicensed entertainers, and tacky billboards which stand as symbols of everlasting freedom in our great nation.

“We will not waver in our defense of the cultural hub of the United States,” Bratton said at a press conference, referring to the home of Mamma Mia! The musical, the Bubba Gump Shrimp Company, and FlashDancers. “Times Square is where visitors come to see the real New York, without the inconvenience of running into real New Yorkers, and any threat to that is something we take very seriously.”

Times Square, much like the Statue of Liberty, powerfully represents all of the democratic, material greatness of the United States that ISIS and its affiliates want to destroy, with its inflated price chain restaurants and its giant advertisements for flash-in-the-pan reality stars. Thanks to the attentions of these terrorists, the public has rallied behind law enforcement to safeguard the things they hate, and we just kind of dislike.

“We in the NYPD want to encourage everyone to continue their activities as normal,” Bratton went on. “We have a personal stake in keeping the unlimited, unsalted pasta at the Olive Garden flowing.”

“You can trust in us to keep your kids safe as they walk to Toys-R-Us,” he said of the location where a man dressed as Cookie Monster dropped a child on the ground after his parents refused to tip.

Early Thursday morning, police succeeded in apprehending a man with a bomb strapped to his chest as he stared vacantly at the barely concealed breasts of the American Eagle billboard models, unable to move.