This sweet, very personal letter was discovered and posted online by patriotic time bandits, written by President Donald Trump to incoming President Kamala Harris and left in the Oval Office on the eve of her inauguration. 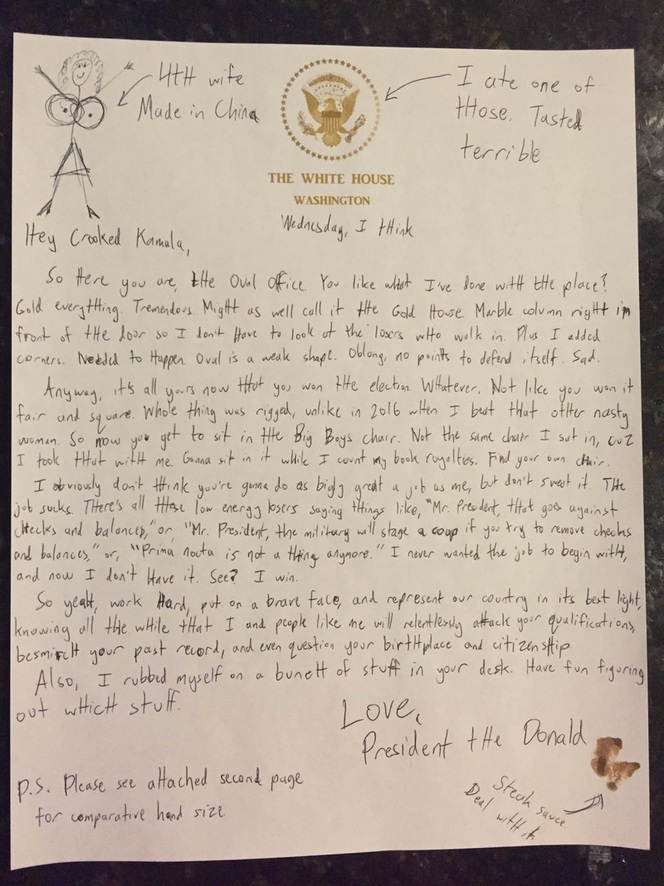 So here you are, the Oval Office. You like what I've done with the place? Gold everything. Tremendous. Might as well call it the Gold House. Marble column right in front of the door so I don't have to look at the losers who walk in. Plus I added corners. Needed to happen. Oval is a weak shape. Oblong, no points to defend itself. Sad.

Anyway, it's all yours now that you won the election. Whatever. Not like you won it fair and square. Whole thing was rigged, unlike in 2016 when I beat that other nasty woman. So now you get to sit in the Big Boys chair. Not the same chair I sat in, cuz I took that with me. Gonna sit in it while I count my book royalties. Find your own chair.

I obviously don't think you're gonna do as bigly great a job as me, but don't sweat it. The job sucks. There's all these low energy losers saying things like, “Mr. President, that goes against checks and balances,” or, “Mr. President, the military will likely stage a coup if you try to remove checks and balances,” or, “Prima nocta is not a thing anymore.” I never wanted the job to begin with, and now I don't have it. See? I win.

So yeah, work hard, put on a brave face, and represent our country in its best light, knowing all the while that I and people like me will relentlessly attack your qualifications, besmirch your past record, and even question your birthplace and citizenship.

Also, I rubbed myself on a bunch of stuff in your desk. Have fun figuring out which stuff. 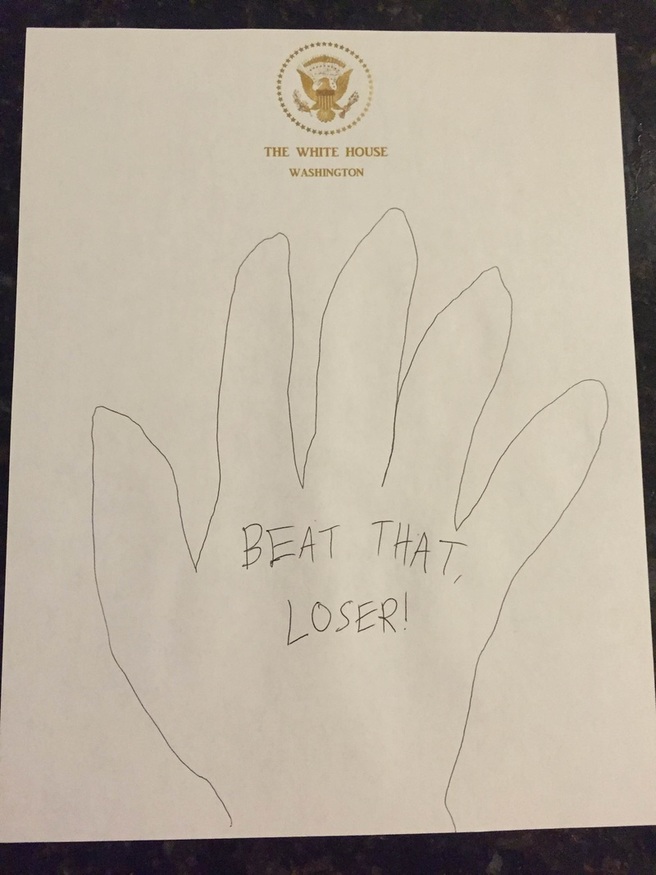