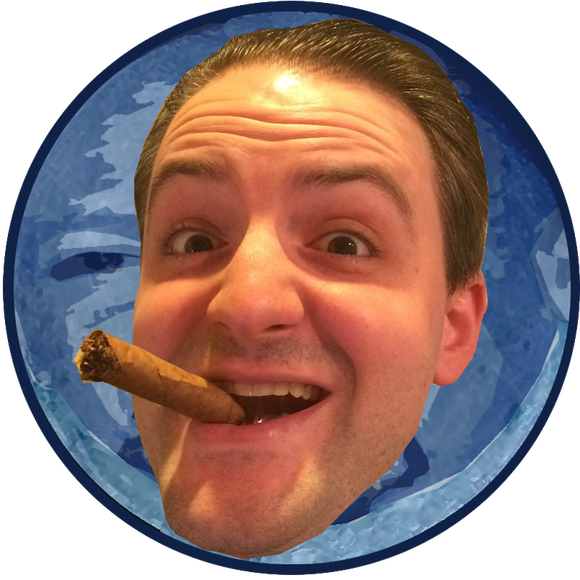 
So this is what it's come to. This is what the internet, and by extension America, has been reduced to: liberal cranks sounding off about the most recent scandal in race relations. Whether it's law enforcement overreach, or lethal vigilantism, or any action brought on by centuries of blatant prejudice, the left-wing loonies can't seem to shut up about it.

Well I, Blaine Davison, media commentator and highly educated celebrity chef, shall be the first to call them out on their race-baiting. It's time for the liberal media to stop reporting on these isolated, one-and-done racist events as often as they occur, which is seemingly every week.

Most recently, we had the “pool party” event in McKinney, Texas, wherein a seasoned officer, who was just doing his job of maintaining a safe and calm populace, assaulted and threatened with lethal force a group of barely dressed teenagers, following a spectacular barrel roll. Call me crazy, but I trust a man who knows how to avoid grass stains before entering enemy territory, i.e. the community pool.

Before that, there were the stories about Freddie Gray, Eric Garner, Michael Brown, Trayvon Martin, and some others, I'd imagine. These 10th page news tidbits may have resulted in somebody being killed, but honestly, who even remembers? With all the media hysteria that follows these totally unrelated events, you'd think things like this happen all the time in America!

Well, it has to stop. As surely as steak must be served medium rare and not a shade darker, these stories need to be removed from the public eye before any more damage is done.

Mind you, our intrepid policemen and policewomen, not to mention our even intrepid-er Neighborhood Watchmen and Watchwomen, must be allowed to do their jobs, or in any case, their hobbies. Reporting on the egregious missteps made by a very select few only emboldens America's criminals, by making organized crime look tame compared to local police unions. It ain't right.

I am calling on all of my conservative brethren to do the courageous thing, and deny that anything is wrong in the face of overwhelming evidence. We're the best in the world at it! Whether it's climate change, gender bias, or Middle East policy, we are an unstoppable force for making change stoppable. Just as you would not open the oven door while cooking a soufflé, so too must Americans turn a blind eye to the frequency and scope of racial incidents. Better to wait until the dish is either done, or it has exploded to the point of ruination.

So the next time some liberal smartass with patches on the elbows of his blazer tells you that these attacks on the black community are indicative of a pattern of mistrust and disdain stemming from decades of discrimination, you look him in the nerd goggles and say, “Attacks on the black community? Why, I've never heard of such a thing! Sounds like a movie title to me. They should make a fun fictional film about it with that charming Michael B. Jordan.”

Because you're a patriot.

You can catch Blaine Davison on his TV show, “Why Are We Yelling? It's Just Food!” Coming this fall to Bravo, where the gays have deigned to provide him a slot on Sundays at 2 AM. Thanks, gays.