Shooter Murders Entire Nation of Japan, Blamed for Being a “Gun-Free Zone” 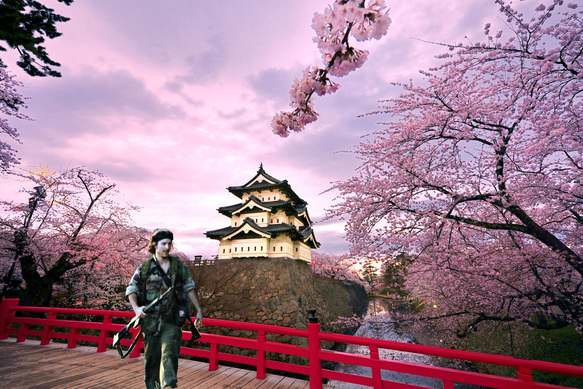 July 31, 2015 – An event took place yesterday in Japan that shocked the nation and the international community: its entire citizenry of 127 million people was gunned down by a lone attacker armed with a single rifle. While the world mourns, gun rights advocates have been swift to point out that this sort of thing can only happen in a “gun-free zone,” i.e. the entire nation of Japan.

“Since the country banned nearly all forms of weaponry in 1958, we knew it was only a matter of time before something like this happened,” American NRA Vice President Wayne LaPierre said of Japan, a nation whose annual homicide rate was often in the single digits until today. “If even one upright citizen had been carrying a firearm somewhere near the center of Japan, at least half of the population might have been spared.”

The solo shooter, identified later as a U.S. citizen on holiday named Bertram Dukes, began his rampage in Kagoshima, individually gunning down each of its residents before moving on to the rest of the island nation to the north. At no point did Dukes experience any armed resistance, apart from a few legally owned air rifles and short-ranged shotguns which failed to stop him.

It would appear, according to investigators, that Dukes had hopped a boat to reach the northernmost island of Hokkaido, where the the last living resident of Japan was shot in Wakkanai, as opposed to the island of Shikoku which, it would seem, he managed to swim to and back from.

“International investigators are still baffled as to how this man snuck a weapon through customs, as well as how he completed this slaughter in less than 12 hours,” said Japanese President Shinzo Abe, who was luckily on vacation and nowhere near the crime scene that was once his country. “Our uniquely strict gun laws had worked so well previously, due to strong enforcement and a total lack of smuggling due to the absence of land borders.

“Suffice it to say, we will be doing away with gun-free zones in Japan going forward,” he continued. “You know, me and whoever wants to come to Japan and take up residence in some of these empty apartments.”

The NRA and other pro-gun organizations have been careful not to appear smug in the wake of this tragedy, but it now seems clear to all that the uninfringed right to bear arms they have always advocated for could have prevented this and other tragedies.

“Bertram Dukes was a bad guy with a gun, and he did exactly what bad guys do,” said LaPierre. “He sought out the place he could do the most damage, because of pointless laws which he, as a criminal, chose not to obey. Other developed countries celebrating several decades of record low homicide rates should heed this event as a warning: eventually some psychopath will pick up a gun and walk 300,000 square miles to take out the lot of you. That is unless someone, be it a cop or a second armed psychopath, takes him out first.

“I'm just saying, this sort of thing never happens in Somalia,” he concluded. “Plenty of guns there, and that country's still standing.”

Law enforcement announced that Mr. Dukes is still at large, but is suspected to be in hiding somewhere in Australia, doing cardio in preparation for his next big point-proving mission.