Report: Non-Threatening White People Tired of Being Asked for Directions 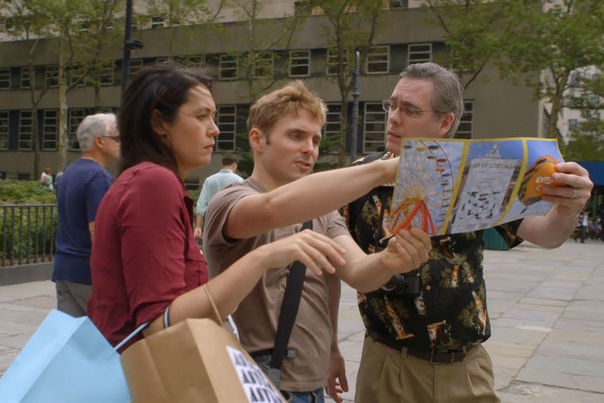 Image courtesy of National Geographic TV
May 22, 2015 – A New York City investigation has revealed that pleasant-looking, unintimidating Caucasian residents, particularly those who frequent midtown Manhattan, are sick of being stopped and asked where to go by non-residents, whose implicit racial bias prevents them from inquiring with resident minorities.

“It's just so demeaning,” Greenwich Village resident Maryann Tubbs told the press. “I mean, just because of the color of my skin, and the passive half-smile on my face as I walk to work, I'm expected to tell every passer-by how to find the MoMA. Sometimes I wish I was a Puerto Rican man with a neck tattoo, that'd surely make life in the city easier.”

Over 50 million people from around the world visit New York every year, but no matter where they hail from, be it Wichita, Tokyo, or Cairo, they tend to seek out white city inhabitants for directional assistance before all others, a fact that has begun to wear on the locals.

“I find it rather taxing, to be honest,” said handsome white native Christopher Shingles. “I've been stopped six times on my way to the mailbox, and that was in West Harlem. Those folks were really lost, but there's no reason they couldn't have asked those black guys hanging out on the corner. They obviously live here too.”

White people have also stated that they're tired of being tasked with photographs in front of Broadway theaters, and that they intend to run off with the camera next time just to prove a point.