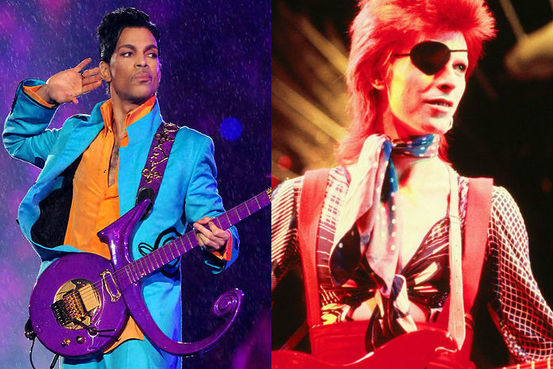 April 21, 2016 – A new independent study of your Facebook feed reports that, with the death of funk rocker Prince on Thursday, following the loss of Chyna, Merle Haggard, Alan Rickman, and fellow glam rock musician David Bowie earlier this year, 2016 is officially the worst ever, and needs to get its shit together.

“I've got nothing against 2016 personally, but 2016 clearly has a problem with everything I love,” said Everyone. “It's like 2016 wants to extinguish everything good and wonderful in the world and leave us to waste away in an empty pit of sadness. Like that make-believe guy from Inside Out... dammit, I just made myself sadder.”

The world's populace has stated categorically that, despite the occasional happy news story, like SeaWorld moving to end its live orca shows, and Harriet Tubman announced as the new face of the $20 bill, nothing can quite make up for 2016's callous decision to take from us the man who created Purple Rain, and stood as a symbol of creativity and unique masculinity for decades.

“After Bowie died, it was like, '2016, you're off to a rough start, but we're not gonna hold this against you,'” Everyone continued. “But with the loss of Prince, it's become painfully clear that 2016 has terrible taste in music. I mean, how the fuck do you take out Prince while Rick Dees is still alive?!”

A poll accompanying the report shows overwhelmingly that, should 2016 continue in this fashion, we'd all be willing to skip directly to 2017. Meanwhile, Elton John and Stevie Wonder have been relocated to separate secure bunkers in undisclosed locations.