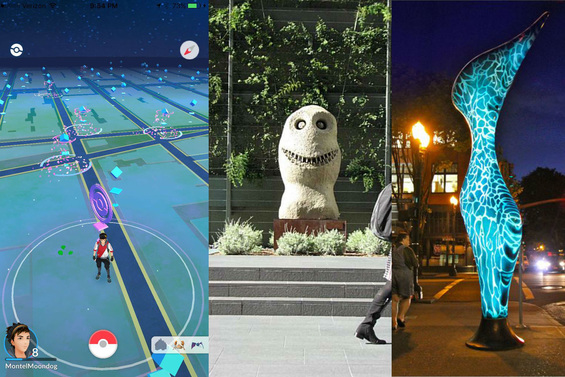 July 11, 2016 – Defying all market analysis, in the course of the past weekend, demand for housing has shot up within approximately a 30-foot radius of all tasteless murals and utterly pointless street sculptures in the known world, sending rental prices skyrocketing.

“I dunno, I just felt like it was time for a move,” said new Queens resident Lewis Giovanni, while staring at his phone and looking annoyed that the reporter was talking to him at all. “And when I walked past the Christopher Walken mural here in Long Island City, I knew this would be a great place to raise kids.”

The surprise market flux seems to trend towards urbanization, according to economists who are now scrambling to uncover the mysterious root of the housing flashpoint. And while crowded areas are highest valued, new renters and homeowners also seem to favor locations good for jogging, or which contain oddly slow-moving public transportation.

Many Craigslist solicitations also close with the mysterious phrase, “No goddamn Zubats, please.”

“I guess I'm just a fan of independent art more than anything,” said Lorelei Lance of Adelaide, Australia, while motioning to a giant-breasted statue in front of her new local cigar store.

“Fucking red,” she then muttered to her phone.

On a positive sociological note, the market change does not appear to trend towards any separation of groups or ethnicities, so perhaps a new level of cultural mingling around the world can be expected.

“Granted, my new neighbors don't exactly share my personal politics,” said Brock Ogleby, now residing at the corner shared by the Avilla, Indiana memorial to victims of abortion. “But I'll get used to it. The important thing is that it's easy to explore the town in all eight directions.”

In unrelated news, pastors arrived at church on Sunday, excited to find that so many new worshipers had come seeking Jesus.