President of Local Mohel Association Revealed to Be Uncircumcised 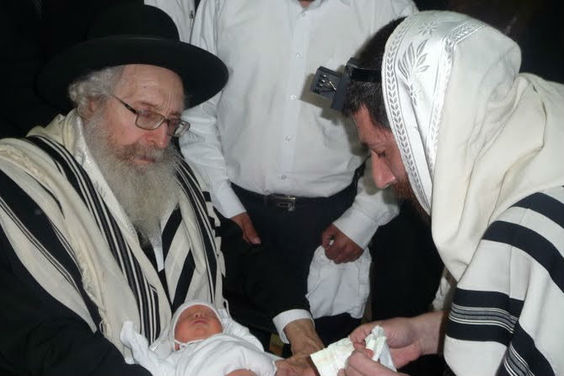 Image courtesy of Jerusalem Kosher News
June 17, 2015 – The Crown Heights chapter of the Orthodox Association of Mohels, the rabbis responsible for ritual circumcision, was rocked by scandal on Monday, when it was revealed that their president, Yakov Chutzpah, may actually be a Catholic man named Bagger O'Malley who is, in fact, sporting a hoodie.

“It's truly a shock,” said Evelyn Goldfarb, Crown Heights resident and mother of two. “Rabbi Chutzpah performed the bris for both our boys. In fact, he's done great work throughout this whole Jewish community. But to think he did not go through the same experience he is actively promoting on behalf of the O.A.M. is, frankly, unacceptable!”

According to his fellow mohels, Mr. O'Malley joined the organization in 2004 under the guise of a rabbi, and he quickly rose through the ranks by advocating a policy that return customers receive 20% off. No one ever considered that his beard might be fake, or that he was tucking a turtleneck into his rabbinical trousers every day, as it all seemed quite unthinkable.

“It's an insult to everything we've accomplished, and all the obstacles we've cut past,” said an anonymous O.A.M. member. “Some impostor with a cave cyclops can't possibly know the pain of our people, or the true spiritual meaning of the horrifying, deeply scarring ritual that is a cornerstone of our beliefs!”

At first, the O.A.M. seemed to be standing behind O'Malley, saying that sporting a hooded ninja has never been an impediment to becoming a mohel and helping the community.

But complicating matters is O'Malley's continued insistence that he is, in fact, Yakov Chutzpah, and that he is actually in possession of a full portobello. He even went so far as to introduce a man claiming to be his mohel from infancy, but the man turned out to just be his childhood dentist.

When asked by Matt Lauer if he had a turtle hiding in its shell, O'Malley paused and then responded, “I don't understand the question. But I am a circumcised man. It's a beautiful ritual of the Jewish faith that I am proud to be a part of, and women love it.” He has since stepped down as president of O.A.M.

The Orthodox community of Crown Heights has called this the worst scandal ever to befall the mohel profession, and said pleadingly that no one should bother looking up others.