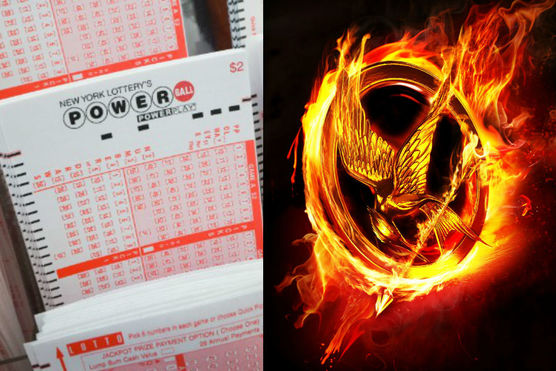 January 12, 2016 – Saying that another failure to pick a winner for the largest jackpot in U.S. history would run the risk of making the lottery too dull, The Multi-State Lottery Association (MUSL) announced that, following Wednesday's drawing, the Powerball lottery would be converted into a country-wide “battle royale,” a la The Hunger Games.

“Honestly, we'd been hoping to make this shift for some time,” said MUSL executive director Charles Strutt. “But it wasn't until the potential winnings reached a whopping 1.5 billion dollars that we felt we'd generated enough interest.

“Now, with tens of millions of potential participants, the time seems right to encourage all ticket-holders to meet at a predetermined spot in the Adirondack mountains and see who comes out, alive and a billionaire.”

Whereas Hunger Games rules dictate that participants are chosen by random draw, those already participating in the Powerball drawing are now legally considered volunteers. And while the free-for-all fight to the death is not mandatory for all players, those who do not participate are to be rounded up and placed in a sealed-off district, to be ruled by the deathmatch winner until the next Powerball Games.

“I must say, I would have preferred that the lottery remain as a random number drawing,” said Myna Chatterjee, 27, of Westerville, Ohio. “Regardless, I'm in it to win it. I've bought 73 tickets already, which they told me means I can choose a free weapon. I'm fluctuating right now between a medieval morningstar, or a reliable semi-auto handgun.

“I know the odds of surviving this ordeal are 1 in 292 million, but I'm a believer. And how great would it be to emerge from the games as a symbol of freedom and accomplishment?”she said before going back to deadlifting 220 pounds.

When asked if he felt that encouraging desperate Americans to engage in a compulsory game of mortal combat in order to rise above their meager circumstances seemed at all cruel, absurd, or downright dystopian, Mr. Strutt adjusted his lapel, sipped from a champagne glass, and let out a hearty cackle. “No, not really,” he replied. “All in good fun.”

Critics of the Powerball Games sought to remind combatants, should they emerge bloodied and victorious, that their earnings will still be taxed by what remains of the U.S. government.