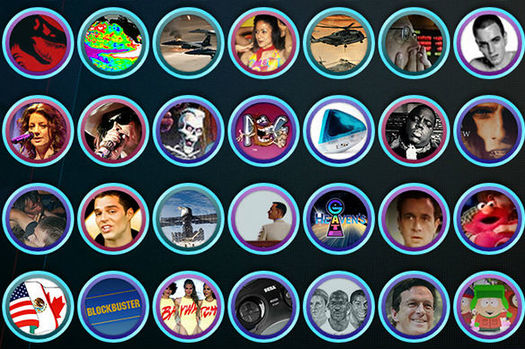 Image courtesy of Rulethe90s.com
August 14, 2015 – The DEA has reported that a powerful new street drug has propagated amongst young professionals, interns, and grad students. The drug, bearing the street name “Remember?”, is a powerful hallucinogen that specifically causes millenials to think it's the 90s again, and that things like Pogs, Super Soakers, and Britney Spears songs are awesome.

Remember?, taken via the tongue in tab form reminiscent of a classic 90s Pog, is an insofar secret compound largely comprised of Hi-C Ecto Cooler, French Toast Crunch, and PCP. The effect is so powerful that it causes the taker to wallow endlessly in childhood nostalgia, unable to engage with the modern world in any meaningful way.

“I guess I'm unique in that I tend to obsess over the things I grew up with,” said one anonymous user being treated for addiction at the Betty Ford Center. “It's way too easy for me to get sucked in by a drug that makes Jurassic Park and The Simpsons feel brand new again.

“Also, I miss cassettes,” he went on. “The endless rewinding and fast forwarding, using a pencil to fix the tape when it unrolls... Man, those were better days. Hey, can I step out for a sec?”

While authorities have only recently become aware of this hot new psychoactive substance, evidence suggests that it has been popular for years in small towns lagging behind the rest of the country, as well as LA. It's even being argued that Remember? is responsible for the recent explosion of superhero and 90s adventure cinema.

“When I was originally approached to make the first Transformers, I thought they were joking,” said film director Michael Bay. “I mean, the toys from Hasbro you sometimes get in Happy Meals? Come on.

“But then I tried one hit of Remember?, and suddenly I was eight years old, using Megatron to break apart my Jenga tower and my LEGO castle. I knew that I needed to bring that innocent, childlike mentality of wanton destruction to life. Not just for the money, but for all the young at heart out there, refusing to mature past their adolescent interests. Did you know I'm producing Bad Boys 4? That's gonna be a thing.”

As of now, there are rumors of another potent drug derived from the same formula, designed to repress any knowledge of the social progress achieved over the last 20 years. That drug, titled “Forget,” is expected to be a smash hit at the 2016 Conservative Political Action Conference.