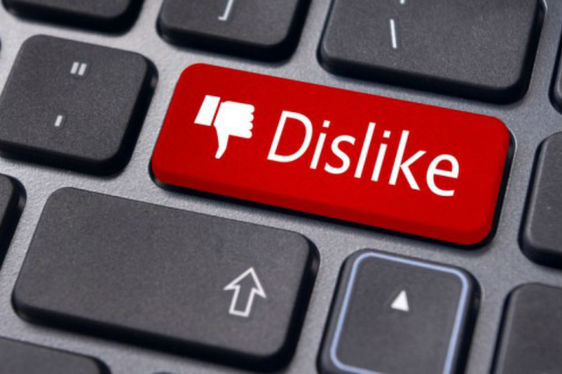 
September 17, 2015 - Marilyn Tobbel couldn't be more excited. After years of waiting, Facebook founder Mark Zuckerberg is finally giving her the social media weapon she's always wanted: a "dislike" button. For despite a glowing public personality, in private, Tobbel relishes the opportunity to crush dreams and spread ignorance over the world wide web.

"If you've ever wondered who the anonymous person defending racist comments on internet message boards is, it's me," says Tobbel. "I'm the one who writes that someone deserved to have their pet run over on FML.com."

A self-proclaimed “psychopath,” Tobbel admits that she would never be able to say her heinous online comments to someone in person. "They get all upset and in your face and I really don't wanna have to deal with that. It's much easier to get my rocks off by frustrating people to no end from afar."

Though Facebook has said the button is intended only for use in sad circumstances like a death in the family, Tobbel sees limitless potential for trolling and soul-crushing. "I have at least three frenemies who are pregnant right now. I may not have gotten a choice to 'dislike' their pregnancy announcements, but I can't wait to 'dislike' every single photo of their new baby."

Tobbel says she's confident and pleased that these contextless slights will psychologically torture everyone around her. "When someone makes a snarky comment, you can usually tell if they're a friend that's messing with you, or someone mad at the world. But a 'dislike' you can be mistaken for anything!”

“Was it a slip-up? Was it something malicious? Was it a joke? It's a perfect setup for psychological warfare. Thank you, Mark Zuckerberg.”