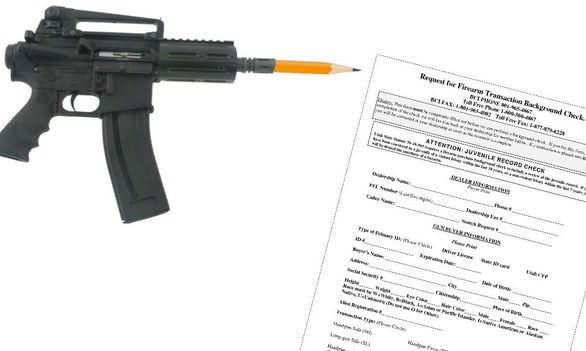 June 8, 2014 - The National Rifle Association, in a departure from their previously strict stance against any regulation, has agreed to support measures which would force gun stores to evaluate the criminal background and mental health of the weapons they stock.

“Recent tragic events have caused us to revisit our stance that guns are not the problem,” said James W. Porter, president of the organization. “To that effect, we see no reason why retailers shouldn't be expected to check their products for past incidents of spousal abuse or anti-social behavior. That way, we can be assured the gun is safe to sell to any individual the retailer chooses.”

Firearm homicides account for over 8,000 US deaths annually, and until now there has been no regard for whether or not the gun used to kill has any prior history of mental illness, or whether it has served jail time for previous violence. Making it harder for these guns to be sold freely ought to provide gun owners and their neighbors a sense of security.

Pierre du Pont, chairman of the think tank National Center for Policy Analysis, says this plan of action fits their findings. “The freedom to defend oneself by any means necessary is at the core of our nation's principles. But also at that core is safety and peace of mind, which can only come through knowing that these deadly weapons have never been institutionalized and won't act out indiscriminately against those around it.”

“Our data shows that families are safer with a gun in the home,” he continued, “provided that gun is emotionally stable and expresses no ill will towards women or the establishment.”

When published, these background checks will include an in-depth questionnaire about the gun's history, and its intentions in being used. It will also require references from various family members and forms of ammunition.