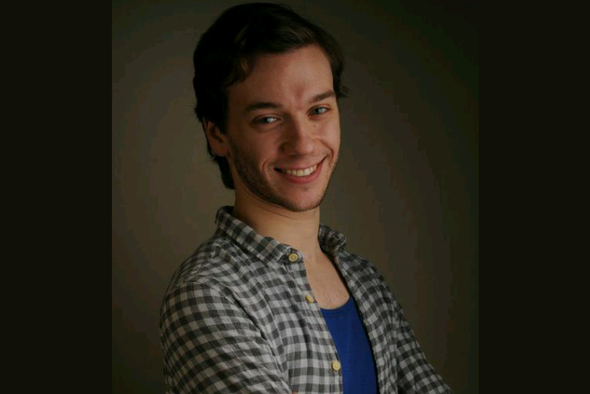 Photo courtesy of Phil McLeod
June 30, 2015 – Out of nowhere and seemingly without warning last Friday night, a new sexual quirk became highly desirable in the American gay community: smart, well-dressed, and gainfully employed men who would be well liked by Mother, in the event of a family introduction.

In stark contrast to the fully shaved lady-boys or hairy bears wearing assless chaps of the past, many gay men in clubs and on Grindr are adjusting their preferences to include down-to-Earth, be-sweatered young gentlemen who would be as much at home at a Father's Day barbecue as a pride parade.

“I'm not sure what's come over us,” said swinging bachelor Gregory Shakes of Prescott, Arizona. “All of a sudden the glitter's gone, tight t-shirts are being covered by well-ironed polos, and we're opting simply for a comb in lieu of copious amounts of hair gel.

While the growing fetish has met with mixed reactions amongst young gay men, mothers across America are in fact celebrating the pleasant new appearance of their sons, and even their sons' suitors in some cases.

“I'm still a bit uneasy whenever Greg brings a new friend to dinner,” admits Mr. Shakes' mother Nancy. “But I must say, these newfangled gays with their sensible Dockers and tightly groomed facial hair are really quite charming. I suppose if this is the way my boy and the nation want to go, it won't be so bad, so long as they continue to pursue this desire for fine young men of business and class.

“Why just last week, Greg introduced me to a boy who told me he's a medical practitioner,” Mrs. Shakes marveled. “Have you ever heard of such a thing? A gay doctor, with the coat and everything! Honestly, I'm rather envious of his mother.”

In related news, another fetish has reluctantly emerged in the lesbian community for pretty young homemakers who cook all of Daddy's favorite dishes.