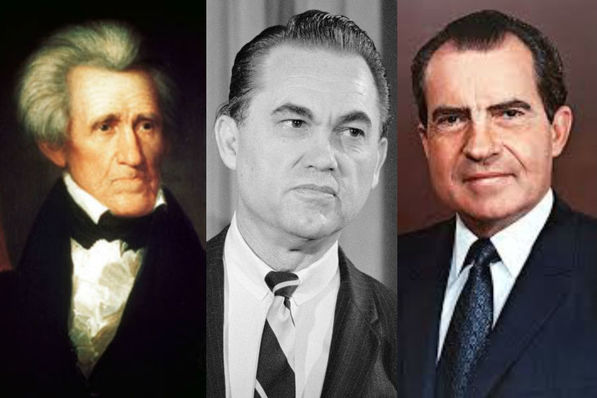 August 30, 2016 – A newly released textbook from W. W. Norton & Company addresses concerns of the Texas Board of Education that American history is becoming dangerously “multicultural,” by focusing on the accomplishments and historical contributions of America's most Caucasian citizens, from President Andrew Jackson to Sheriff Joe Arpaio.

“We became uneasy with the growing tide of politically correct historical appropriation, and the left's seeming obsession with casting every American era in a negative light by bringing up things that happened,” explained Chair of the Board Donna Bahorich. “This new textbook from Norton re-shifts the focus onto, as Representative Steve King would put it, history's main contributors: white people.

“Honestly, if students aren't learning about the industrial achievements or Eli Whitney, or the advanced political discourse of Joseph McCarthy and Richard Nixon, what the heck are they learning about? Jazz?”

While it was found that the average American textbook is already 95% attributed to white men, the Board felt it was important to keep that number from slipping in the face of growing interest in differently pigmented communities. The new textbook, titled A Case for Causacians: The America Story, accomplishes this by focusing entire chapters on the leadership, personal lives and character strengths of men like George Wallace and Strom Thurmond, while taking a bit of focus off of the stuff they did.

“The Texas Board made it clear that they did not wish for us to, as one might put is crassly, 'whitewash' history,” explained Norton chairman and president W. Drake Feely. “We still include passages on important non-white historical figures such as Frederick Douglass and Rosa Parks, and the ways in which our heroes, the white leadership, helped and allowed them to achieve their highest potential.

“It's so important to educate America's youth on how nothing in history happens without the perseverance and the valiance of white people,” he went on. “And as it is said, 'Those who learn the best parts of history have the power to perpetuate it.'”

The new history textbook is to be distributed in all high school classrooms in the United States at the start of the school year, along with a forthcoming college edition which will likely cost students $300.