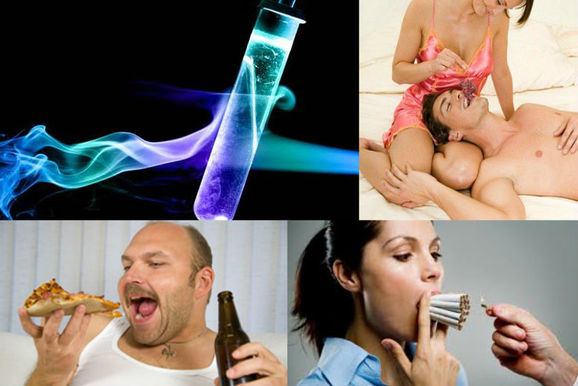 June 19, 2015 – According to a new study published on Facebook by the Board of Science, all of your supposedly bad habits, from junk food to binge drinking to wanton sexual encounters, actually improve your health and prolong your life, and you should totally keep doing them.

The B.S. report used tons of science by asking a handful of elderly people, who openly admitted to living a cartoonish bacchanal of a life in their younger days, all the intimate details of their hedonistic routine that they feel kept them fresh for so many decades. It turns out that chain smoking, sleep deprivation, and unprotected sex with multiple partners may be totally fine after all, scientifically speaking.

“This is welcome news for me, as I had no intention of addressing these supposed personal faults any time soon,” said Dorothy Giblet after reading the article upright in her bed at 4 AM. “I figured I'd throw a couple years of my life away for the sake of nonstop Netflix and chocolate-covered everything, but now I don't even have to let that worry nag at me!

“It's all uphill from here,” she continued, between bites of the new Taco Bell Grilled Stuft Nacho.

The B.S. findings also made clear that certain mental exercises previously thought beneficial are actually an impediment to longevity, including calorie counting, self-reflection, and humoring well-meaning advice from close friends.

“A lot of people were starting to come down on me for my various indulgences, like my girlfriend, my parents, my cardiologist,” explained Jeremy Laramie while scratching his shirtless chest. “Now I can just wave this B.S. study I found on Facebook at them and tell them to suck it! Maybe I'll do it via Skype from the nearest titty bar while I drink KFC gravy from a 7-11 Big Gulp.”

The publishers of the report cautioned that their findings may not benefit everyone, only the most truly Caligula-esque party animals among us.