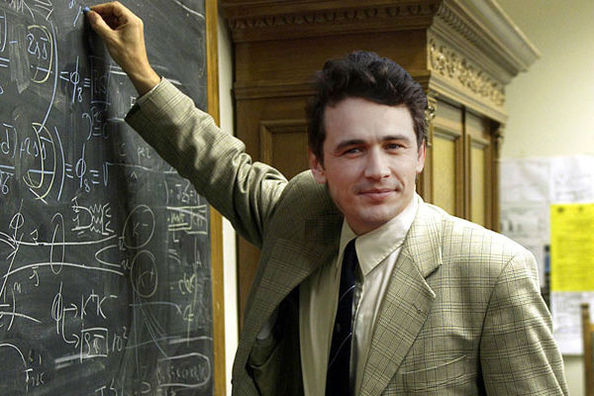 July 22, 2014 - When considering what classes to take and the trajectory of one's career after graduation, picking the right subjects is almost as stressful as wondering if the skills you learn in college will be applicable in the real world. The desire for a firsthand perspective is what is driving students en masse to join Professor James Franco's new class at New York University, Sex with James Franco 101.

The 36-year-old actor, scholar, and Renaissance man said he decided to teach the course after students in his other classes showed a unique interest in the subject. He felt that, while other professors might be able to speculate on the various sexual appetites of James Franco, he could offer a personal, intimate glimpse into what is expected of you when engaged in Francoesque intercourse.

“There's a lot of nuance that gets overlooked when simply thinking about the act in the halls or the library,” Prof. Franco explained to his primarily, though not entirely female 9 AM class. “True wisdom comes from getting your feet wet, from committing to a goal, from doing the darn thing.”

“You have to be prepared for anything and everything,” Franco expressed animatedly. “Hell, in my time, I've worked with terribly talented ensembles. But there have also been times when it's just me, alone in a crevice for days. That's when my imagination and stamina have been truly tested.

“I want you to leave this class knowing all the tools of the trade. And I don't just mean props,” he added, jocularly, to the delight of the assembled students.

“Just remember,” he said, flashing a smile of encouragement. “Whenever it seems like too much, like you're being weighed down by expectation, remember that you worked hard for this. You deserve it.”