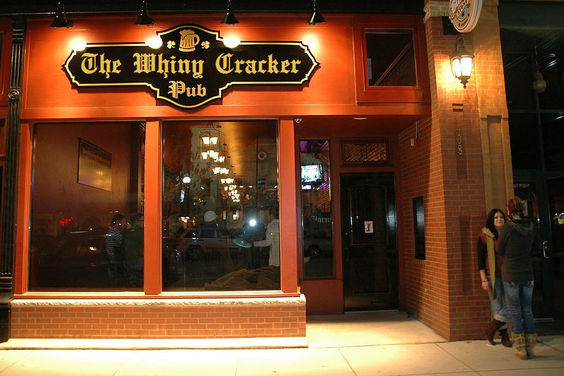 Photo courtesy of the Blarney Stone Pub
April 12, 2016 – Saying that they wanted to provide refreshment and a safe haven for those who have gone unheard, the owners of “The Whiny Cracker” have officially set up shop and opened their doors on 47th St., inviting all New York honkies to drink and mourn the multicultural state of our world.

The married owners, Grover and Patty Sue Mayo, told reporters that they simply wanted to build a friendly establishment where America's underdog, the white man, could come and vent his woes about day-to-day struggles with political correctness and feeling silenced. Also, something needed to pop up to compete with all the gay bars, they said.

“We've just seen the world change so much in the past, oh, let's say eight years,” Patty Sue explained. “Equal treatment for everyone has been replaced with special rights for some, and it's basically open season on Caucasians.

“Grover and I figured, if we can't help get white people's message out in Washington, the least we can do is offer empathy and specialty drinks to the downtrodden paleskins of NYC.”

Those specialty drinks include delicious cocktails like The Casper, Snow White Rum Punch, the Blue-Eyed Slut, and of course mojitos. Harder cocktails for more adventurous albinos include the Affirmative Action Amaretto, the Border Grasshopper, the “Remember the 50s?”, and Trump Juice.

“We want to make it clear to potential customers, our bar is not just meant for whites,” Grover clarified in response to discrimination concerns. “We welcome blacks, Asians, Mexicans, other Mexicans, with open arms. They just ought to understand that, when they're here, it's not to talk about their “problems.” They just have to sit there and listen.

“Honestly, it's all we've really been asking for for years: someone to listen to the concerns of white Americans. Is that so hard?”

The Mayos went on to say that, if the Cracker proves successful in midtown, they intend to expand to other locations like the Bronx, where certain white folks like Ted Cruz have been made to feel unwelcome for some reason.