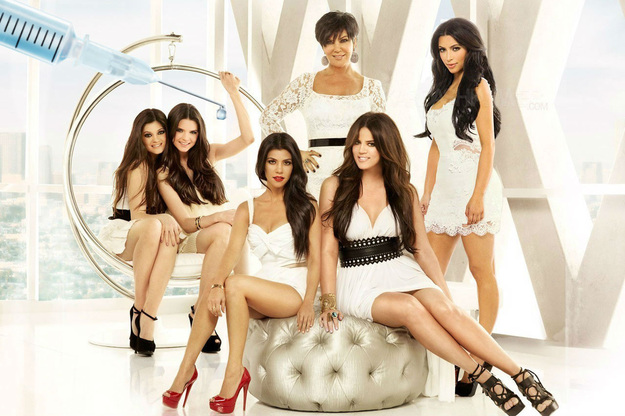 June 20, 2014 - An investigative study published in a Turkish medical journal, Turkey's Medical Zine (TMZ), has confirmed this week what American parents have feared for years: there is a definitive link between common immunity vaccines and the spread of Kardashians.

While tests on older vaccines such as those for measles and rubella proved inconclusive, the 2006 release of the HPV vaccine was upheld explicitly as the cause of the Kardashian outbreak of 2007.

“We've been ridiculed for years just because we were able to connect the dots others were too scared to,” crowed parenting blogger Teresa Greenbaum from her Sonoma County duplex. “Now that there's a major study to back our independent findings, so-called doctors are going to have to own up to the truth, and explain why our defenseless children have been exposed to mindless E! Network shows and lazily titled fragrances.”

While much of the public seems reluctant to take a largely unverified foreign study at face value, anti-vaccine public figures such as Michelle Bachmann and Jenny McCarthy are doing their part, whipping up fears that infants could be afflicted with Kim and Khloé fandom due to medical negligence.

“Doubters can no longer hide behind claims that the 2007 sex tape is what caused the eruption of Kardashian fame,” McCarthy told reporters. “The facts are clear: Keeping Up with the Kardashians and the 72-day Humphries marriage are tragic by-products of a medical system run amok, tainted by big pharma greed!”

The American Medical Association released an immediate statement on Sunday, warning parents not to fall prey to speculation, and to allow time for the study's findings to be affirmed by a third party. Doctors familiar with the study are already claiming that some of the test subjects may have liked the Kardashians prior to receiving the HPV vaccine, and that others may not have been Kardashian fans at all, but rather suggestible Beyoncé fans.

“Obviously the AMA is going to send their thugs to stomp out the study's completely valid findings,” insisted Greenbaum. “But who will verify these doctors' impartiality? I read online that one doctor was asked if he'd even seen the sex tape himself, or sat through an entire episode of Kourtney and Kim Take Miami, and he just clammed up. What does that tell you?”

While moving to address a divided nation, doctors across the country insist that their first responsibility is to uphold the Hippocratic oath: to help, or at least to do no harm. As such, they plan to make all harmful forms of Kardashians, including the newly diagnosed West Kardashian Fever, a top priority.