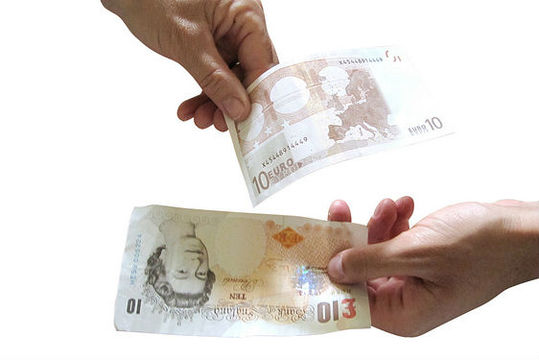 April 1, 2016 – A new research paper published by the International Monetary Fund was released on Friday which found that, among the organization's 188 participating countries, citizens agree almost unanimously that stuff costing less money is preferable to stuff costing more money.

“It's as if people, regardless of nationality and economic background, wish to pay as little as possible for the items they purchase,” Bowles elaborates, “whether those items are essential to their daily livelihood or are bought just for funsies.”

Bowles went on to explain that the world's citizenry have a very limited philosophical concept of 'worth,' which is commonly tied to how much cash an individual is willing to drop at a given moment.

“Consumers have very little innate sense of how much a thing 'should' cost. Instead, financial transactions are typically met with either gasps of delight or sighs of resignation, based on the customer's best 'guess' as to how much they'd be billed.”

The same study found that the average human being prefers to be paid as much as or in excess of what they think is fair, and that being paid less than one's worth accounts for a majority of international grumbling and sad fast food binges.

“Perhaps our most remarkable find was that a considerable portion of the world's populace is paid significantly less than their worth, and that group is most often thankful for what they can afford. The largest swath of feigned scoffing and bitchy side-eye comes from people who are well within their means to buy an expensive thing, but wish it was cheaper.

The IMF's study cost approximately $700,000 dollars to conduct, but they saved a bunch because they got an excellent deal on three-ring binders, Bowles said with a smile.