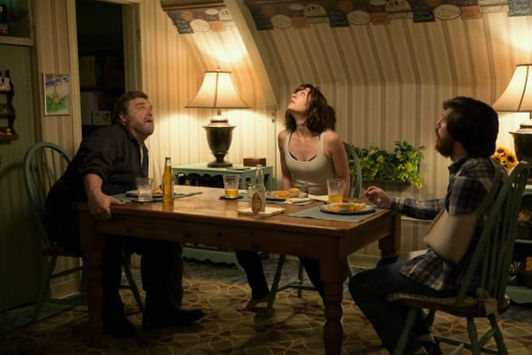 May 3, 2016 – With primaries almost over, and with both parties sporting candidates in dead heat races and heading towards extremely contentious party conventions, the country's delegates have retreated to secure bunkers underneath the Earth's surface, to protect themselves from the dangerous scourge of democracy that threatens to influence or undermine their appointed political powers.

Democrat and Republican delegates each began construction of the bunkers as a precaution in late 2015, when it became clear that galvanizing outsiders Donald Trump and Bernie Sanders stood a chance of winning the election by popular demand. Now, with all efforts to sway and suppress voter choice failing to produce results, all 7,237 delegates, including the Democrat party's superdelegates, have secured themselves in these bunkers, planning only to emerge once the passion of each party's base has subsided.

“There's been a palpable fear of victory for the commonwealth every four years,” explains Republican delegate Scooter Hampstead of Davenport, Iowa. “But the parties always seem to correct themselves, and we survive another election cycle with our overriding powers intact. This year, though... it looks like we might really be in trouble.

“I'm just glad this concrete shelter was built in time, otherwise we might have been exposed to the horrible responsibilities of representative democracy. Instead, I can now support Ted Cruz at convention time, comfortable in knowing that those citizens who voted Trump can't reach me down here.”

Due to geographical and spatial limitations, many delegates have had to bunker up with delegates of the opposite party, causing an occasional flaring of subterranean tensions, and thoughts of mutiny.

“It's been hard, being surrounded by Republicans 24/7,” moaned Democratic delegate Deirdre McShane. “Sometimes you really wanna clock one over the head, unlock the vault and jump ship, take your chances with the political revolution happening on the surface.

“But then I remind myself that we actually have a lot in common, in that we are treating the election like a private contest propped up by special interests and corporate financiers, safeguarding the status quo against any meaningful shake-ups and securing our place as beneficiaries of the American oligarchy. Compared to the alternative, occasionally sharing my canned beet rations with Scooter doesn't seem so bad.”

Delegates plan to emerge from their respective shelters once the conventions have named their candidates, but should anger towards them pursue past this election cycle, they say they're prepared to stay hidden until the 2018 midterm elections, when voters have once again forgotten to care.