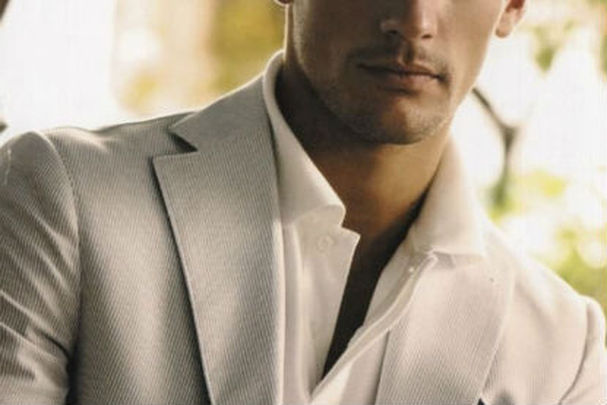 January 8, 2015 – With extremists running rampant, claiming to besiege and murder innocents in his name, the Muslim prophet Muhammad stepped forward Thursday to express his own anger that psychopaths would go to such great lengths to pervert his religion, without once noticing how much work he'd done on his hair, skin and wardrobe in recent months.

“I, the prophet of the Muslim faith, am here to tell you that these guys are being total dicks,” said Muhammad, brushing his perfectly manicured fingers through his thick, lustrous coif. “Al Qaeda, ISIS, all they care about is their stupid murder-y caliphate. Not once has any of them complimented my sideburns, or talked about how great these pants make my butt look.”

The last known prophet, whose image is technically though not expressly forbidden by Muslim scripture, spent much of the press conference flexing, and flashing heart-melting smiles for assembled photographers. According to Qur'anic scholars in attendance, when Muhammad first arrived in a flash of light, he actually treated the sidewalk as a runway, and did a series of spins in his designer Armani suit.

“Not gonna lie, I pretty much broke the bank on my latest shopping spree,” he quoth, his perfectly chiseled jaw formed into a grin. “Hugo Boss, Brooks Brothers, Gucci... I even splurged on one of those Usher colognes, cuz if you're gonna look nice, you gotta smell nice. But do these assholes care? No, it's all infidels this, 'Death to the West' that.

“It's like, get over yourselves,” Muhammad said as he swiveled to the nearest camera with a sexy smoochy face, his piercing brown eyes making all the ladies swoon.

The divine seer, whose visage has been used to justify unspeakable carnage over the past few decades, finally sat down and spoke passionately about the need for Muslims, non-Muslims and non-believers alike to unite against all manner of religious violence, and to protect free expression in modern society. Few can recall his words, however, as reporters were reportedly too stunned by his perfect skin and totally hot bod to write anything down.

“In conclusion,” Muhammad spake when everyone snapped out of it, “be excellent to each other. And party on, dudes! Right? Remember? Anyway, I gotta bounce. I've got yoga at 10, followed by an appointment with my waxing gals. But hey, if you do catch one of these terrorist bungholes, please kick him in the dick and tell him Muhammad sent you. OK, peace.”

The prophet's unexpected appearance has divided journalists and religious scholars alike, causing considerable debate online. One thing that all in attendance seem to agree on, however, is that those pants did do wonders for Muhammad's butt.