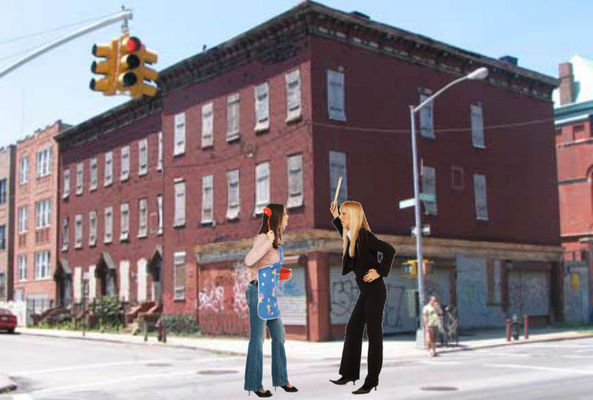 July 30, 2014 – The Mommy Wars, a battle for maternal moral high ground which has raged since the mid-80s, has seen a recent explosion of conflict in the Brooklyn region, culminating with Wednesday's news of working mom ground troops crossing the border into Bushwick. Early reports suggest that, despite their greater resources, ground troops are facing heavy stay-at-home resistance.

“When the war took shape in '86, it was really more of a cold war, confined to snide remarks at book clubs and veiled threats between mothers that their kids would grow up weird,” renowned historian Doris Kearns Goodwin explained on NPR's Fresh Air. “The advent of the internet, however, caused a significant increase in narrative tension, to where working and stay-at-home mothers have rallied in order to preserve a certain cultural identity, which they perceive as under threat from anything the least bit different.”

Bushwick, the last Brooklyn holdout before the conflict spills into Queens, has long been a haven for the stay-at-home-minded. Now, with working troops advancing past Broadway, there is some question as to whether they have overstepped their bounds, or if home moms provoked a justified militant response with their constant barbs about nanny raising and PTA non-participation.

The intensified struggle has amplified calls for other mommy subgroups to pick sides. Formula feeding mothers have provided moderate vocal support for the working side's modern mentality, while homeschoolers have largely insisted that home moms have been oppressed and talked down to for too long. Still, no other side seems willing to provide an added military presence, or anything stronger than a non-binding ceasefire resolution. Support from anti-vaccine women was roundly refused by both sides.

“It's sad that this conflict seems never-ending, because in truth, these women probably have more in common than what separates them,” Goodwin said. “After all, most of them have raised happy, healthy kids, despite their superficially differing methods. And now they're all caught up in this bloody mess, which may continue its press into Ridgewood if unabated.

“As a working mother myself, I would never consider calling a stay-at-home mom a quitter,” Goodwin continued. “I'd just think it, and give peace a chance.”

News from the front lines of the Daddy Wars, meanwhile, is sparse; only that soldiers who haven't abandoned their post, for the most part, couldn't give a shit.