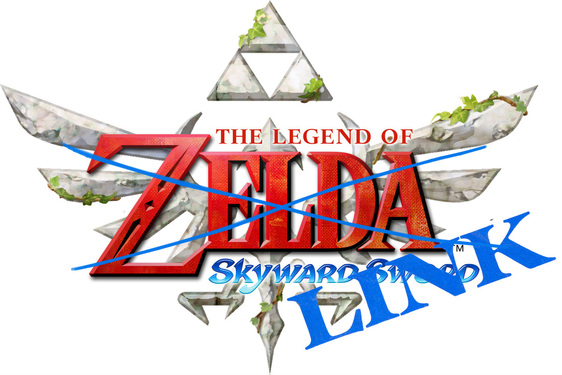 February 18, 2015 – Self-proclaimed “men's rights” groups prominent on social media, including notable figures of the Gamergate movement, have recently begun circulating an online petition, as well as spamming Nintendo offices and Shigeru Miyamoto's personal e-mail, aimed at changing the title of the iconic Legend of Zelda series to more adequately reflect the singular heroism of the male protagonist.

“Any mainstream gamer can tell you that Link is the only playable character in the entire Zelda series,” self-titled gaming journalist Harold Balzac wrote on Reddit. “It's his damn legend! He's the one who slays monsters with the Master Sword, who travels through time and between realms, who puzzles his way through the Water Temple... all while Princess Zelda is busy getting kidnapped! It's like if Super Mario were actually called The Peach Chronicles!”

The Zelda series, which began in 1986, has often introduced games with Link in the second title, such as A Link to the Past and Link's Awakening, and the green-clad swordsman, who typically takes on the name of the player in-game, has always been featured heavily in advertisements and cover art. Regardless, MRA petitioners are calling for all previous titles to be renamed The Solitary Exploits of Link, or something similarly catchy.

“I mean, when you think back to Majora's Mask, Zelda never even appeared save for one shoehorned flashback!” Balzac went on. “And before this all gets derailed, we are not attacking Zelda simply because she's a woman. We have nothing against the princess per se. But when it comes to facing down Ganondorf, she simply lacks the conviction and upper body strength needed to save Hyrule.

“I mean, what's she gonna do, use her gods-given wisdom and vast magical resources to rescue Link from the mighty jaws of the beast Ganon? Grow up, social justice warriors.”

The petition, which currently has over 100,000 e-signatures, clarifies that the movement is not inflexible, and that they would be willing to allow the less well-received Zelda II: The Adventure of Link to keep its original name.

“We represent the winds of change, the 'wind wakers,' if you will,” Balzac concluded. “I just look forward to the day my grandsons are playing Solitary Exploits on their brain-activated optical implants or whatever, and I can say to them, 'I did that. Not the game itself, mind you, I contributed absolutely nothing to its creation. But I made sure the uber-masculine fairy dude you're controlling got all the credit.”

Earlier today, producers Miyamoto and Eiji Aonuma responded to the petition while at a conference about the upcoming Wii U game, saying they had no intention of changing the title, but that they “applaud the progressive movement for taking such measures to support a well-known transgender character.”