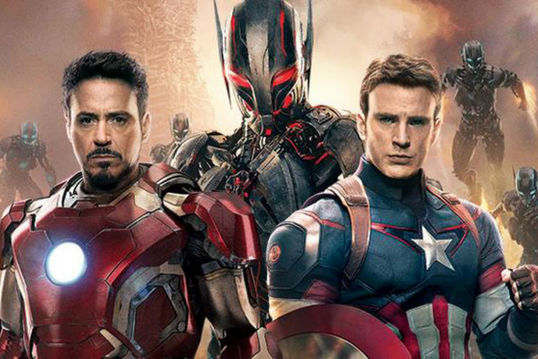 April 24, 2015 – With the film's US release just a week away, Marvel Studios has promised fans that the 87th and final trailer for Avengers: Age of Ultron will feature all remaining footage that has not been spoiled by the previous 86 trailers, allowing viewers to piece together the full 2 hours and 20 minutes without the hassle of going to the movie theater.

“With the amount of attention these trailers, teasers, and 5-minute film clips get, we just figured we'd let it all hang out,” said Michael Pasciullo, senior VP of marketing. “After all, theaters are old news. Sitting in your own dark room, watching two-minute snippets of entertainment for hours at a time, is what the kids are about these days.”

The trailer is set to air on TV during Agents of S.H.I.E.L.D. this Tuesday, though it will likely leak online two days prior. It is expected to primarily show footage of the film's last three minutes, including the climactic final battle with the evil android Ultron, as well as the wrap-up where all surviving members smile and go their separate ways.

“We actually think that 'true believers' will find the art of film collage rather fun,” Pasciullo went on. “They'll get to enjoy their own adventure of applying context to seemingly nonsensical clips, like Thor bursting out of a pool screaming, or Hawkeye basically doing nothing.”

Director Joss Whedon, who was initially against the release of the 87th trailer, eventually relented, saying that fans would probably learn that the Hulk would be coming out as bisexual one way or the other.