Marvel Announces Film Schedule Through 2057, When We Will Surely All Be Dead 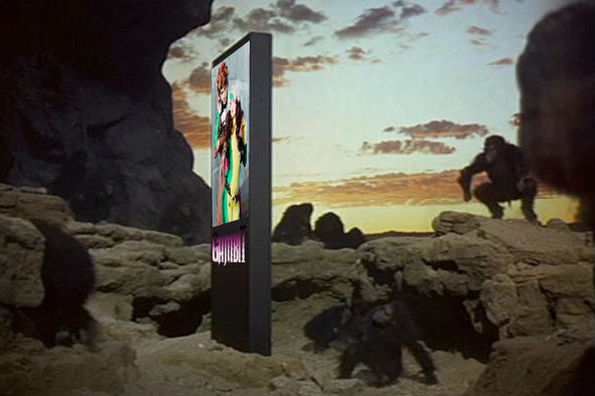 Photo courtesy of Hopie and Michael DeVillar
October 10, 2014 – Disney's Marvel Studios, which has broken box office records with such films as The Avengers and the Iron Man trilogy, is staying ahead of the game by consistently announcing “phases” of the Marvel cinematic universe, stretching ahead for decades. The most recent schedule released by the superhero studio covers all solo and team-up films to be produced until the year 2057, when all of mankind will surely have been wiped out by our own cruel devices.

“We want our loyal fans to be assured that we are working hard to provide them with top-notch film entertainment featuring their favorite comic book characters,” announced studio president Kevin Feige upon the release of Phase 23's roster. “So hard, in fact, that come Ragnarök, you'll get to briefly take your mind off of the lethal hellscape marauded by superweapon-wielding psychopaths outside by attending a showing of Thundra 2 at your local cineplex.”

The tentatively scheduled films include many fan favorite sequels, such as Captain America 3 through 17, and several reboots of The Fantastic Four due to low interest. Feige expressed confidence that they'd be able to keep many of their most beloved actors on contract, such as Robert Downey Jr. and Tom Hiddleston, provided that none of them are bitten by zombies created through genetic modification, or are sucked into sudden sinkholes leading to the bowels of hell.

Furthermore, the film roster includes some lesser known heroes and hero teams, taking cues from the success of Guardians of the Galaxy. A film titled The Savage Land, featuring Ka-Zar and Shanna, is set to premiere in 2032, at the time of the peak oil event. The Warriors Three, an Asgardian adventure film, is set for 2041, when giant mutated beasts will begin to prey on rural communities. And multiple successfully licensed incarnations of the X-Men franchise, including an X-Force film led by Psylocke and Cable, will be released through the late 40s and early 50s, when the most innocent among us will either be raptured to heaven, or will be the first to die.

“We've actually gone out of our way to schedule several films in conjunction with 'world's end' events that have been predicted by our crack team of scientists,” Feige continued. “In the inevitable event of World War III, which will be pre-empted by tactical nuclear strikes, we'll have a Red Hulk film ready to go. When massive flooding and tidal waves occur stateside, can you say Namor, anyone? And finally, once all is lost, and we executives evacuate Earth for a new haven among the stars, with spacefaring technology funded by the billions of dollars you've given us, we'll leave you with that Silver Surfer movie you've always wanted.

“Just wait until you see Galactus,” he concluded. “It'll be almost as terrifying as the broken world you've so long ignored which now surrounds you. Thanks, everyone!”

When asked if we should expect a Wonder Woman feature film by 2057, Warner Bros. Studios gave no definitive answer, but stated that “The Morlocks shouldn't hold their breath.”