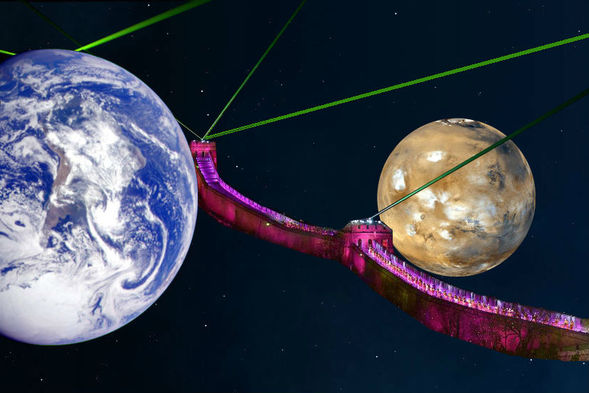 February 26, 2016 – The amalgamated governing system of Mars is set to wrap up the third rotation of its Planetary Overlord election cycle, and the xenophobic rhetoric has really heating up, particularly in the Xeno party primary. The foremost candidates of that election are now debating fiercelt as to the merits of constructing a spacewall in order to keep the aggressive, crazed, and hate-filled denizens of Earth from setting foot on Martian soil.

“It's time to face facts that the globe known as Earth is a failed planet,” leading Xeno candidate Dixxwold Zump said at the tenth party Overlord debate on Thursday. “It's a world full of poverty, drugs, crime, brutality, and girls going wild. Worst of all, the local leadership seems to have no interest in helping to fix the planet's problems, opting instead to bicker amongst each other like children.

“These are the 'humans' that seek to colonize our Martian utopia. And I say it's past time we build a functional spacewall, equipped with tractor beams and lasers and shit, to keep them on their side!”

While analysts say that it's common to appear strong on the issue of space migration during an election phase, many now say that candidates are echoing the real fears of many Martian Gen-X'ers, that Earthling marauders will one day overrun Mars, destroying their way of life and pillaging the planet's vast secret stores of Unobtanium.

“As I have spent considerable time among the humans in secret, I know best how to deal with them,” touted rival candidate Marzox Rubinstein. “We must focus on the aggressive deportation of any astronauts who would touch down on our planet illegally. A functional spacewall running the length of the entire solar system is simply too expensive for our planet, even despite our recent boon in spice mining operations.” 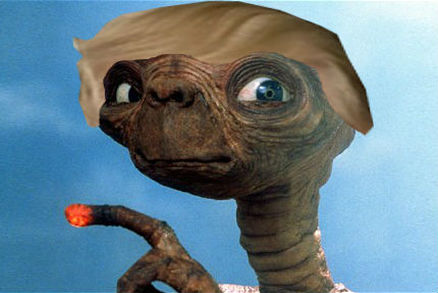 Leading Xeno party candidate Dixxwold Zump
Quick to hit back against his opposition, candidate Zump stated his intention to fund the spacewall by making Earth pay for it. The human compulsion to build walls to separate people, he said, would surely be enough to provide the manpower and materials necessary for its construction.

When pressed to respond to the sentiments of leading Dumax party candidates Hexray Klingon and Brizbee Xandross, that Martians and Earthlings could find common ground and cooperate to build a better galaxy should they ever invent hyperdrive, Zump was unflinching in his response.

“You have to understand that, when Earth send its people, they're not sending their best,” Zump said. “Maybe you've heard of a group called NASA, full of scientists and idealistic adventurers. Well, the Earthlings scrapped that program in favor of subsidizing banks, providing welfare for companies that dig up limited fossil fuels, and funding their ongoing mechanized warfare against one another. That's what we have to look forward to if they attempt to colonize Mars: thugs, killers, profiteers and sex offenders.

“Though some of them, I assume, are good people.”