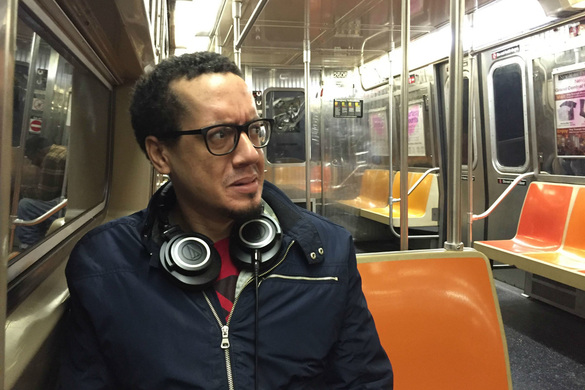 May 12, 2016 – Washington Heights resident Barnaby Gibson was on his way home via the D train Wednesday night after a long work shift, when he suddenly realized that his phone battery had completely drained of power, cutting off his access to music, mobile games, and the endless contents of the world wide web. For the following forty minutes, Gibson had no choice but to experience the world around him, and take stock of the horrifying realities outside his usual bubble of distractions.

“I know it was less than an hour, but it felt like ten,” Gibson recalled, still shaking from the trauma of not being able to rock out to Beyoncé's 'Lemonade' while playing Hungry Shark. “The subway car was just filled with people, and they all looked miserable. I think I accidentally made eye contact with a few of them before I fled the station.”

Completely devoid of electronic gratification, Gibson says he began noticing strange things he had never been aware of in the past, such as subway ads which were clearly put in place years prior, and the ways in which people avoid contact and connection with one another on public transport.

“The walk back to my apartment was no better,” Gibson continued. “There was hardly anything to look at apart from some really beautiful old architecture and a pretty sunset just peeking out in the distance. At that point, with nothing to listen to, I could only occupy myself with my inner thoughts... my weird, weird inner thoughts.

“Hey, do you know guys think a Pokémon-themed Pogs game would be a cool idea? Like, if the Pogs had elemental powers? I haven't quite figured that part out yet. Remember Pogs?”

Gibson has vowed to always carry his mobile battery charger on his person from now on, lest this sordid chapter repeat itself, and he is forced to take the terrifying plunge of striking up a conversation with a stranger.