Man Peeing in Ocean Contemplates All the Places He'll Never See, But His Pee Will 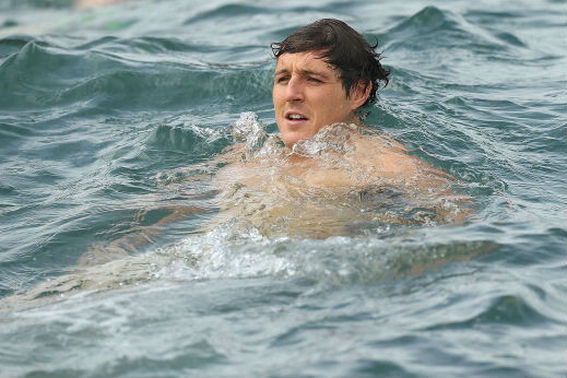 Photo by Mark Metcalfe
August 1, 2014 – Max Parker, a 31-year-old human resources manager on vacation in Truro on the Cape, has suddenly begun to lament the fact that a short lifespan and financial barriers will likely prevent him from seeing most of the world, while urinating in the ocean. In doing so, he now suspects that his pee will one day see many of the places he can only dream about.

“There it goes,” Parker spoke wistfully to nearby reporters, “off to travel the oceans in search of adventure that I, in my secure but highly tethered existence, couldn't possibly imagine experiencing. I bet some of it'll make it all the way to Australia, no air fare required.”

The pee, traveling in a northern direction, will likely ride the currents up past Greenland before being driven southeast towards European shores. Some, however, may be caught by currents in the North Pole, and sent to mingle with pee tens of thousands of years old.

“I mean, Cape Cod is a lovely place,” Parker continued, “but if I had the economic wherewithal to go further, you bet your ass I'd be in Italy or South Africa or even India! I hear the oceans there are beautiful. I'll never know for sure, but my pee probably will.

“It might even make it to Ibiza, where all the celebrities hang. My pee might be mingling with Bieber's pee in the near future.”

When asked what they thought of this developing story, civilians swimming near Parker quickly darted out of the water.