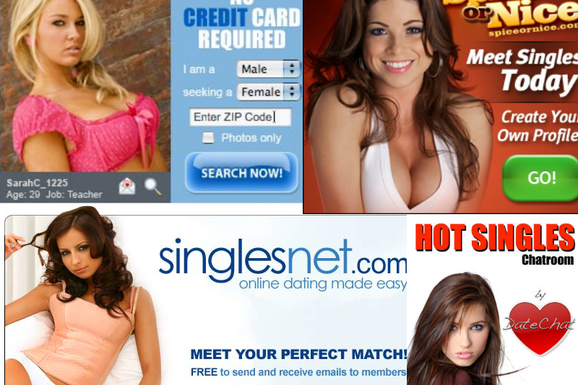 
January 29, 2015 - It started innocently, when Zachary Armen of New Haven, Connecticut logged onto Facebook to check up on his Dr. Who cosplay group. There, on his news feed, was a very familiar ad: hot singles in Zach’s area were waiting to meet him! Excited by the prospect (and the picture) of a potential life partner, Armen clicked the link.

He was taken to SuperDate.com, a dating site where he was guided through the process of creating a profile.

“They wouldn’t even let me see the hot singles,” he recalled to reporters. “I had to register first so they could ‘tailor my results.’”

Creating a profile required that he enter his astrological sign, income, preference of dogs or cats, and other bits of information that were essential to determining who Zachary Armen is as a person. These things, along with his answers to a 50-question quiz, were run through the Date-A-Base, SuperDate’s reportedly advanced matching system. According to a SuperDate spokesman, the Date-A-Base uses complex algorithms to predict matches with up to 96.7% accuracy. Unfortunately for Armen, his matching singles turned out to be to be... less than hot.

“It’s messed up, man,” he said, aggrieved. “The system didn’t give me even one girl that looked like the one in the ad. It made me think that maybe that girl doesn’t even have a profile on the site.”

Could there be a flaw in the system? The SuperDate spokesman says absolutely not. He produced pictures of several happily married couples who met via SuperDate. They definitely looked authentic, and the spokesman guaranteed that they weren’t actors.

So could the fault lie with Zachary Armen himself?

“I think I’m a catch. I mean, I’m no George Clooney, but who is? I’m fit enough. I help my mom carry things to and from the attic all the time. I have a steady job at the Gillette razor factory. And hey, free razors, so I’m always clean shaven! Ladies like a fresh face, right?”


Some do, at least the ones who were matched with Armen on SuperDate. They’re just not the hot singles that he was promised. So what now?

“They say if I upgrade my account, I can see better matches. That’s probably where the hotties are. And if I pay for a year now, it only amounts to $10 a month. Seems like a no-brainer.”

And so Zachary Armen clicks, and he waits. Like many Americans using these sites, he clicks and waits for the hot singles to show up. Good luck, Mr. Armen.