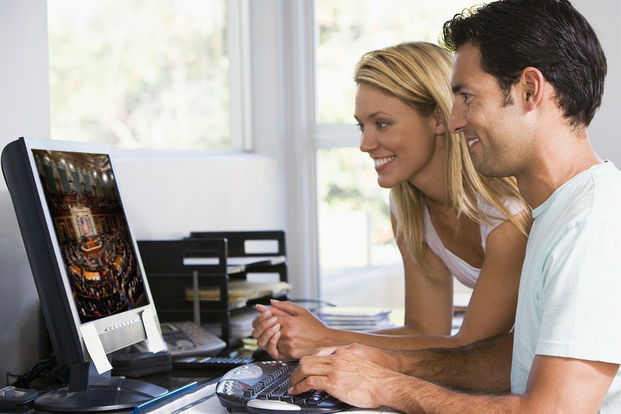 November 4, 2014 – Saying that getting out to the polls required far too much effort and physical exertion for something so unrewarding, the majority of the voting public of the United States opted to stay at home on Tuesday, so that they might meticulously choose their favorite elected officials to represent their “Fantasy Congress” against rival, politically opposed Congresses.

The hobby of Fantasy Congress, which has gained significant popularity since 2007 when the approval ratings of actual Congress hit a record low, involves selecting one's own optimal legislative makeup based on strong political stats, and then pitting that governing body against other dream legislatures in a war of ideas.

“It's really a new level of participation in the democratic process,” said Regina Sheffield of Tulsa, Oklahoma. “While real Congress can never possibly be as good, or even not horrible as you want, Fantasy Congress gives you a chance to show the world how kickass your ideal Congress would be, without the hassle of actually voting.”

Standard political point scoring provides 1 point for each bill sponsored, 2 points for rushing to a vote, 2 points for passing blame at a committee hearing, and 5 points for completely losing your shit on the floor of the House. Passing crucial legislation, which used to award the yay voters 7 points, has since been amended to award 150 points due to its rarity.

The most common manifestation of the hobby is head-to-head match-ups between friends, who often field similar legislators due to common political leanings and interests. However, when it comes to national online championships, the pretend battle of wills can lead to some very heated, very contentious non-binding political action.

“It's important when choosing your congressmen to have a compromiser, a passive-aggressive, and a firebrand, to mix things up,” said Carmello Hampton of Bayonne, New Jersey. “It also doesn't hurt to have at least one sleaze, cuz evading indictment, sex crime allegations and taxes award special points. I'm always amazed that these people could get elected in the first place, but damn, do they ever help my stats.”

“When it comes to actually voting, the pride is so fleeting,” said Pat Rigby of Rockford, Illinois. “It's nothing compared to the bragging rights of successfully crushing your peers with a totally made up political body which, due to lack of voter participation, could never, ever happen.

"My Fantasy Congress totally cleaned up in 2010," Rigby continued. "I'll tell ya, if everyone in this country voted the way I don't, America would be a better place to live."