Lots of Americans Not Sure Why Some Americans Mad at Belgium 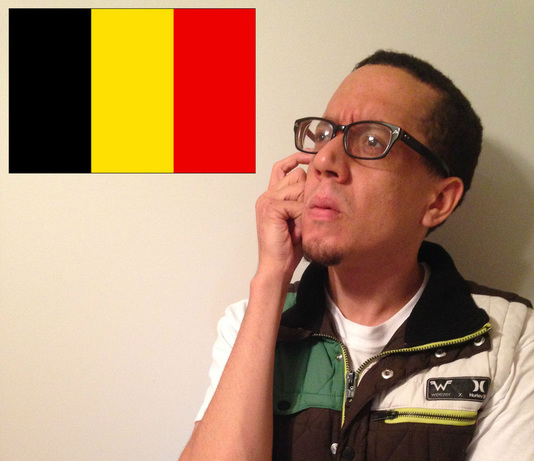 Photo by Joy Mayweather
July 3, 2014 - Drawing data from a handful of urban and rural centers across the country, a new national poll shows that the average American citizen, aged 15-79, is completely baffled as to why a diminutive handful of his or her friends is upset at the nation of Belgium, with whom the United States holds tenuous ties.

The poll, which registered an inexplicable anger towards the Western European Kingdom of Belgium shared by 17% of Americans, clearly showed that 82% of respondents had no idea what the fuss was about.

“At first I was like, 'Oh shit, are we at war with Belgium again?'” queried Sammy Kirkland of Wichita, Kansas. “Then I was like, 'Oh wait, that never happened. So why start now?' So I figured it's probably something about waffles.”

“My friends just kept muttering under their breath things like, 'Belgium sucks,' 'I hate Belgium.' Finally I had to look it up,” said Amber Witowsky of Princeton, New Jersey. “I like to skim the international section for interesting things, but all there seemed to be was news about some stuff happening in Brazil. Drug stuff, I'll bet. FIFA is probably their version of the DEA.”

Guessing as to why their colleagues might revile the Germanic, largely Dutch-speaking nation, about 60% of those polled assumed political reasons.

“It might well have something to do with the European Union,” conjectured Marilyn Stokes of St. Petersburg, Florida. “But if I had to put money down, I'd wager it's the U.S.-Belgian income tax treaty of 2006. I know that if I maintained assets in both countries, anything less than a blanket denial of double taxation on earnings would have me pretty steamed.”

When asked if they might consider reaching out to their fellow Americans to learn more of their feelings, most respondents were reluctant to take any interest.

“All my friends saying mean things about Belgium right now, they're the kinds of guys who only get jazzed up like once every four years, then spend the rest of the time sulking,” explained Zeke Horner of Farmington, New Mexico. “It's the same with some of my other friends, who have really strong opinions about stuff every four years, and keep telling me I gotta go somewhere and pick a guy. Weird stuff, right? I dunno, I don't wanna get involved.”

Those polled, for the most part, said they planned to ignore the somewhat prejudiced rants of their acquaintances until they tired themselves out, as they always do. Meanwhile, almost 100% of Belgians polled stated that they understood those few Americans' frustrations, but planned to take their callous remarks in stride with, quote, “a big shit-eating grin on their faces.”