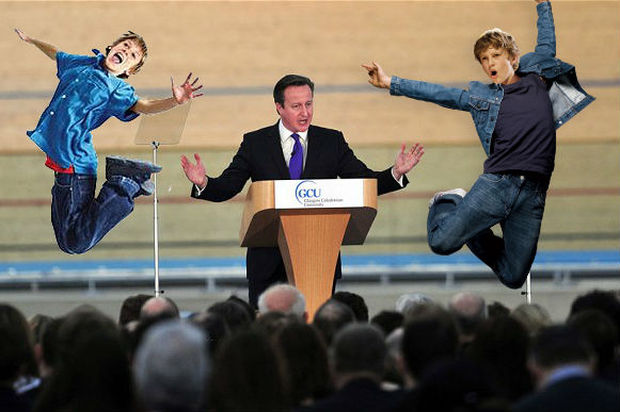 September 15, 2014 – This Thursday, citizens of Scotland will cast a vote on whether or not to declare themselves an autonomous nation, fully independent from Britain. While polls are still too close to predict the outcome, officials in London are preparing for the dire implications of losing access to Scotland's most valuable local resource and export: pre-teen children from working class communities with God-given ballet dancing skills.

Relations between the northern nation and the leadership in England has been admittedly strained for decades, stemming back to the “poll tax” days of the late 80s, when ballerina production was at a peak. While both national economies hang in the balance, Prime Minister David Cameron confesses particular concern about losing the monopoly on gifted children who convey the plight of the working man and an indomitable spirit through the art of dance.

“I am confident you'll remember all that England's done for you, and continue to side with us over Ireland, who for years have withheld their richest deposits of riverdance.”

While the prime minister pleads for unity, First Minister and leader of the Scottish National Party Alex Salmond sees an opportunity for Scotland to define itself on the worldwide economic stage.

“Scotland's young tutu-wearing poof boys are an extremely valuable, taxable resource which can be exported to England and beyond,” he told supporters at a rally. “With that kind of income, an independent Scotland could afford all aspects of our infrastructure. Like electricity! Yeah, electricity.”

While cautiously optimistic about Thursday's referendum, Salmond admitted to reporters that he does worry about his nation's ballooning heating costs due to their own impending shortage of burned effigies of Maggie Thatcher.