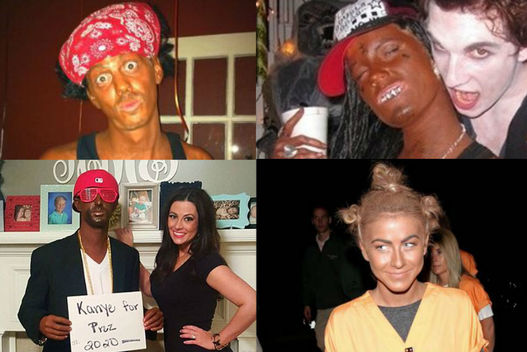 
October 28, 2015 - As the nation prepares for its favorite costumed holiday, Queens resident Shawn Goggins finds himself in a moral quandary: should he or should he not wear blackface?

After his plans to dress as a Lamar Odom zombie were nixed by Odom's recent recovery, Goggins is considering simply going as Odom in his prime. "As far as I'm concerned, I'd just be switching green face-paint for brown."

However, upon viewing his social media accounts, Goggins has discovered that the world might have a very different point of view: "For some reason, everyone online appears convinced that wearing colored face-paint to portray a black person is offensive. And each viral story seems to end badly for whoever's wearing the face-paint."

Still, Goggins can't shake the notion that the online outrage doesn't match public opinion. "These online folks are the same people that said Bernie Sanders won the Democratic debates, and I haven't encountered anyone in-person that says blackface is a bad idea."

He also states that not wearing the face-paint would be an incorrect representation of Odom. "Odom is a black guy, so I'm gonna look like an ignoramus if I wear a jersey with his name on the back next to my girlfriend dressed as a Kardashian without it. How would they even know who I am?"

When asked if anyone in his community was African-American, Goggins cited his friend "Tyrone," before a friend correctly assessed that Tyrone was part of a landscaping crew that works for Goggins' family, and has only had a few monosyllabic interactions with Goggins over the course of five years.

Despite the risks, Goggins says he intends to go with his gut. "All that matters is that my friends get it and appreciate the effort I put into it. If bloggers or whoever wants to find something malicious about someone putting on a little bit of face-paint, that's their problem.

“I can't wait to go out on Saturday,” he continued. “Hey, maybe I'll run into my good buddy Tyrone!"