Local Man Blames America's Decay on Whatever a Millennial Is 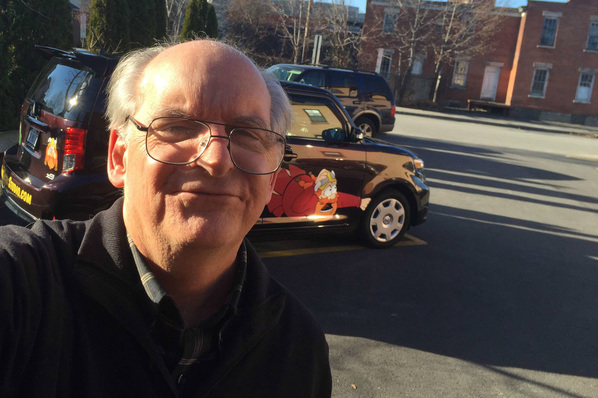 Photo courtesy of John Page
December 11, 2015 – Burt Grizmont, 63, of Great Neck, Long Island, has decided that he is fed up with the rapid, miserable decline of America's values, institutions and image abroad, and he has determined that the ones to blame are the country's “godforsaken” Millennials, whoever the hell they are.

“I've had it just about up to here with this group of young folks who are notoriously different from my generation,” Grizmont told the press. “From what I understand, these Millenials are tech-savvy, more ethnically diverse, and their formative childhood years were marked by events that bore little resemblance to the ones I remember. And that bothers the hell out of me.”

The proud Baby Boomer admitted that he struggles to distinguish between generations X, Y and Z, and that he can't quite pin down what war or historic event is the one which “caused all this mess.” But Grizmont still takes comfort in his disdain for all the people producing, performing, purchasing, and profiting from today's music, who he assumes are all about the same age.

“It seems like none of the military-age men of whatever year this is want to serve their country,” said the man who was thankful not to have been drafted in 1971. “Almost as if they've been bombarded with a mix of individualist, anti-government, and counter-culture messages for decades! Personally, I blame Carter for all of it.”

Grizmont, who has never taken time to learn about the interests of his children, nephews or young coworkers, says he's fully committed to the idea that unless these 20-, 30- or 40-somethings come to their senses and fix the economy they created, were left with or are perpetuating, the United States is surely doomed.

“China doesn't have these problems, that's why they're kicking our ass,” he said. “Far as I can tell, nothing over there has changed in the past 40 years. Here, it seems like every new generation is lazier and more self-absorbed than the last, according to the generation that claims to have built everything they take for granted, and did everything exactly right and just for them, and they'll miss us when we die.

“So tell 'em quick, all those Millennials out there. They're the ones with iPhones and Facebook profiles, wearing jeans and button-ups, using words like 'cool' and 'on fleek' and 'what's the skinny?'. Trust me, you'll know 'em when you see 'em.”