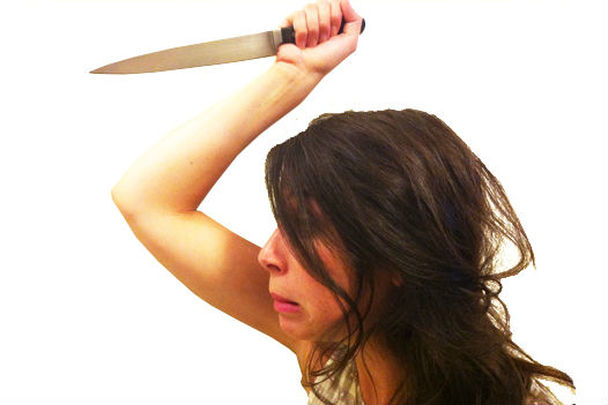 
August 13, 2015 - When friends of local resident David Smacken heard tales of his dating life, they quickly noticed a suspicious pattern regarding all of his breakups.

"He always said something like, 'Oh, she's crazy,' or, 'She's a mental patient'," longtime friend Darrius Williams told the press. "And he said it enough times that we wrote it off as an easy excuse. We'd never have called him on it, but we were always skeptical."

Williams' outlook changed immediately after he and the guys saw a developing court case on TV. When Susan Derkins was put on trial for stalking her ex-boyfriend Thomas Monk, Williams and company quickly recognized the name, and Smacken's description of Derkins's behavior a year earlier.

"He had called her a stalker and said that was the reason for their breakup," said another friend, Alan Alda (no relation). After some research, Smacken's friends discovered that each of his exes had either been committed or ordered to receive treatment for a wide range of psychological disorders.

"Bipolar disorder, schizophrenia, disassociative personality disorder, anything you can image, all with violent tendencies," said Alda. "All this time we thought he was being hyperbolic, he was actually giving us accurate clinical diagnoses."

Despite being relieved to discover that his friend isn't a liar, Williams reported that he now questions Smacken's taste in women more than ever. "It's one thing to have a series of relationships that don't work out. But at some point you have to wonder if this is the kind of person he's inherently attracted to."

Smacken himself doesn't think there's anything to his admittedly unlucky streak. "I've had some bad luck in the past, but I wouldn't chalk it up to personal taste. Besides, I'm very happy with my new girlfriend Stephanie."

UPDATE: Stephanie McCracken was later convicted of assault after attempting to kill Smacken with a pickaxe.