“Elizabeth Warren Would Make a Great President,” Says Man Who Will Not Vote 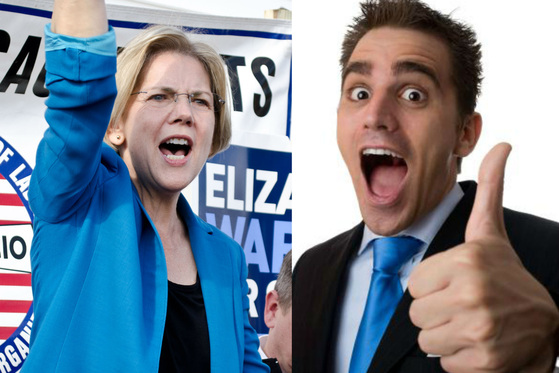 
January 19, 2014 - A Midwestern man endorsed Elizabeth Warren for president earlier today, local sources say. Citing how ironic it is that “a female Dem has the biggest balls” and describing her as “a liberal’s liberal,” Chicago native Derrick Fancy pledged his full support towards Warren for an election in which he will not participate.

“I just think it’s cool that someone on the left is actually practicing what they preach,” said Fancy, who will completely neglect his role in the democratic process in 2016. “It’s about goddamn time.”

When interviewed, Fancy’s longtime roommate Benjamin Baxter said, “Derrick’s been really into politics since he saw pictures of Occupy Wall Street. He even bought a tent to camp out in, but he ended up coming home because he couldn’t find a Wi-Fi signal.”