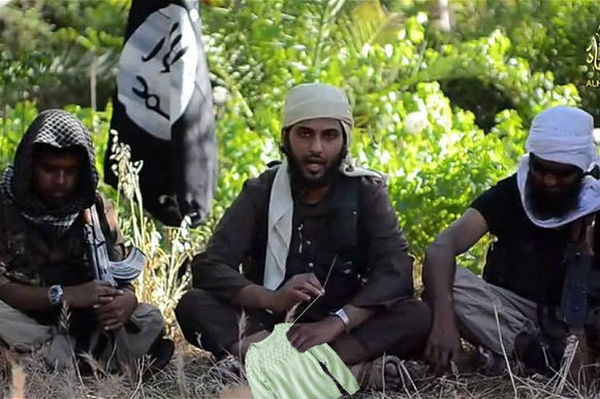 September 11, 2014 – Many notable careers have been jeopardized or destroyed recently by video footage leaked to the public. Now, as of Thursday morning, the terrorist organization ISIS has announced that they too have chosen to indefinitely suspend a top terror operative, Ikleel al Khaleel ur Rahman, who, a recently disclosed recording shows, does not spend all his time making lives miserable and generally being a humongous asshole.

The leaked footage, which was originally meant as part of a recruitment and intimidation video for the notorious asshole terror group, shows Rahman sitting unarmed, patiently knitting a mint sweater for his niece. While not incriminating enough for a suspension in itself, the video lent credence to the growing notion that Rahman is not a 24/7 toolbag, and therefore unfit for ISIS.

“It's important in our line of work not to make snap judgments,” head asshole Abu Bakr al-Baghdadi said at a press conference, his own leadership now in question due to letting a mere partial dill-weed slip through the cracks. “ISIS's reach is long, and we must sometimes deal with issues as they develop. But at the end of the day, this video evidence of good-hearted intentions could not be ignored. We had to let him go.”

Rahman, a three-year veteran of ISIS and various douchebag splinter groups, has been the butt of ridicule for months, with fellow terrorists accusing him of such acts as making faces at babies to make them laugh, and helping a friend move into a new conquered city. One acquaintance, who asked to remain anonymous for fear of reprisal, told reporters that Rahman sometimes even let his wife remove her burka when they had guests over.

“We're the future overlords of this planet,” al-Baghdadi went on. “We pride ourselves on top shelf assholery, such as beheading western journalists and shooting soldiers lying on their backs. The very idea that Mr. Rahman might have said out loud that Shi'ites 'aren't so bad,' and that he wouldn't mind spearheading community outreach once the war is over, makes me sick to my stomach, as I'm sure it does many of you.

“Ikleel did some good work in his time, really an inspiration to aspiring young assholes across the Middle East. But it seems he's lost his way, and now maybe it's better if he goes and joins a fucking soup kitchen or something.”

Rahman, speaking to reporters via Skype from his compound, said he regards the suspension as a learning experience. “All I know is that I'm not done yet. There's lots more shitty things I can give to the world. I'll be working hard and reflecting hard on my personality over the next year, and with the help of Allah, I'll become the asshole I once was and be allowed back in the jihad game.

“Right after I finish this book by Khaled Hosseini. He just won the Steinbeck Award for belief in the dignity of the common man, and I wanna see what all the fuss is about.”