If We Live in a World Where The LEGO Movie Gets Snubbed, Maybe Adnan Really Did Kill Hae 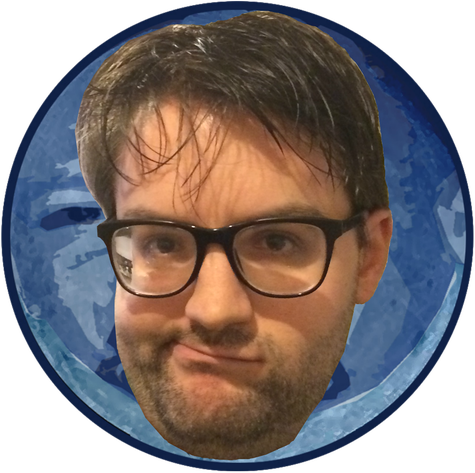 
In my 29 years on this Earth, I thought I knew the rules, how society worked. Despite some minor disappointments, everything seemed to fall relatively into place.

But now, with the knowledge bearing down on me that an animated film as charming as The LEGO Movie can go completely overlooked by the Academy Awards committee, all certainty has gone out the window, and it suddenly seems possible... nay, plausible... that Adnan Sayed of Serial podcast fame murdered his girlfriend Hae Min Lee 15 years ago.

I mean, you think about how a film captures the hearts of young moviegoers, not to mention the fond memories of their parents, and becomes the 4th highest grossing film of 2014, only to get completely snubbed in the 'Best Animated Feature' category?

Then you start to think about how an incarcerated man who has maintained his innocence for 15 years could be a lying sociopath, who manipulated and misled Sarah Koenig and millions of listeners, with the vivid memory of strangling his former lover rattling around in his diseased mind.

Of course in life, as with the movies, you want to give people the benefit of the doubt. There wasn't any physical evidence linking Adnan to the murder. The cell phone records didn't match the prosecution's story. Also, it was a really strong year for movies, and LEGOs aren't everybody's thing.

But then you start to ask questions again. What motive would Jay have to turn to the police? What was up with the Neisha call? Did anyone even see The Boxtrolls? It's enough to send any rational person reeling, with no straight answers to turn to.

Worse still, there's so much we don't even know. I mean, Song of the Sea hasn't even been released in theaters yet! Is it even within the realm of possibility that it won't be a major disappointment, just like the inevitable findings of The Innocence Project's DNA testing?

The token nomination for 'Best Original Song' is cold comfort compared to all of this. They gave the same petty treatment to Selma, and honestly, “Glory” will probably win over “Everything is Awesome.” It feels like we'll just be going through the motions at that point, much like Koenig must have felt after she realized there were no clear answers for her podcast two episodes in.

Where does one go from here? Like Socrates, all I know now is that I know nothing. But unlike Socrates, who got to follow that statement with a dignified death by poison, I must press on, blogging my disappointment. After all, the Oscars happen every year, and Serial is planning another season about God-knows-what.

In the meantime, I'll do my best to stay positive. After all, if Adnan really is guilty, he's already been locked away for life. And if he's innocent, that's certainly a real bummer for him. But if he were somehow allowed to watch The LEGO Movie from his cell, I think he'd agree that despite his situation, there is still beauty in the world.