I Am God's Gift to Women, So They Don't Mind When I Get All Handsy 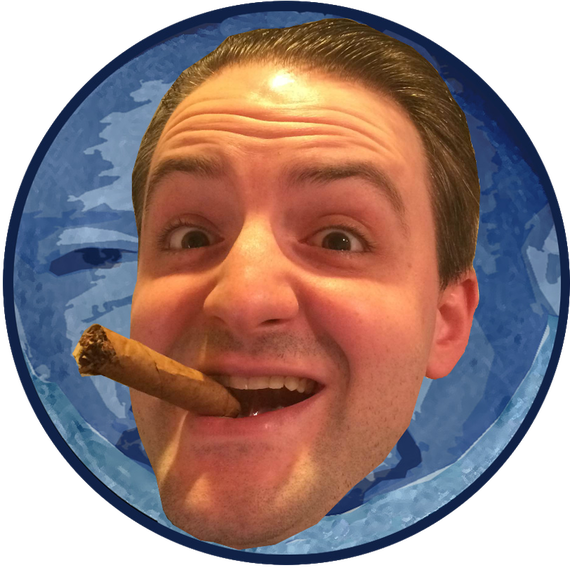 
Here's the thing, gentle internet user: there's been a real flurry of opinions in the past few years over how to appropriately interact with women. It's been said that the opposite sex does not appreciate innuendo, openly aggressive sexual advances, or unwelcome touching by male strangers. I don't know how these all broads are making up new rules so fast, but this now seems to be the norm.

Thankfully, all of these boundaries and nuances fly out the window when, like me, Blaine Davison, you are God's gift to women.

Indeed, via my status as a noted conservative commentator and celebrated celebrity chef, I have been christened the ultimate object of female desire. Through my stature, my upbringing, and a perfectly healthy superabundance of self-confidence, I have cemented my place in the pantheon of modern male gods, alongside Brad Pitt, Ryan Gosling, Sean Hannity, and that motherfucker Anthony Bourdain.

So if I should wink at the girls at the gym where I bench 315, or compliment my niece's friend on her budding figure, or tickle my secretary's thigh after telling her a bawdy joke, you might say that it's the opposite of harm. I am merely sharing my gift, for as we've clearly established here, all women want a piece of Blaine.

Yes all women, mind you. Did you know that that hashtag is about me? I sense it everywhere I go, from every chick I pass on the street or in the restaurants I own. It's the most universal truth I know: that every woman I come into contact with would give their left ladynut to be with me in the sack.

But let me tell you something: Blaine Davison has standards. I don't just go around casually spouting sexual obscenities willy nilly: no, my heartfelt affection is saved for the women I'm closest to. Particularly the women in my employ, who most admire and look up to me and who sign a legally binding contract upon hiring which dictates that they cannot sue in the event of any weirdness. An unnecessary precaution, but many previous lawyers have informed me that it'll be a good thing to have going forward.

So if there's any advice I can give to budding casanovas out there who don't want to have their amorous actions called into question at any point in their life, it's to be a bit more like me. Start a successful business where you cook fancy meals for movie stars, in between TV appearances where you shout down modern feminism, and generally cultivate an air of godly masculinity that bitches find irresistible.

You do that, and you'll be grabbing asses in no time, safe in the knowledge that deep down, it's what all women want.