Funny-Looking, Socially Awkward White Guy Eager for Movies that He Can Relate to 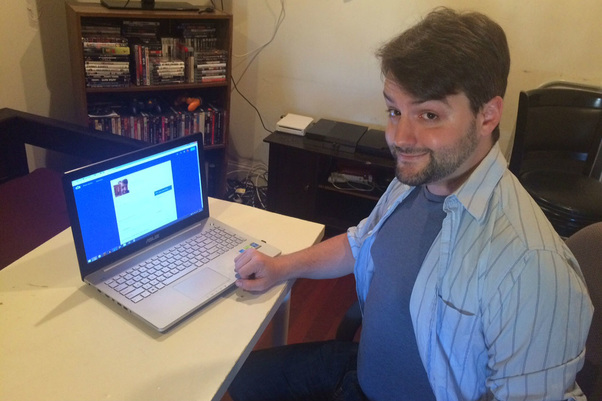 Photo by Phil McLeod
September 18, 2015 – In an a cinematic age where badass female action heroes and stories of struggles with racial and sexual intolerance are becoming the norm, Trip Howseman, 29-year-old resident of Upper Manhattan, is eagerly anticipating the day when Hollywood inevitably caters to shlubby pale white men with underdeveloped social skills such as himself.

“I think it's really great that various other minority groups are finally getting the representation in movies they are due,” Howseman told the press. “I figure it's only a matter of time now before filmmakers gets around to creating Caucasian male protagonists who are a bit out of shape, have nerdy interests, and struggle to meet women despite their deeply romantic side.”

Howseman says he's not alone in this yearning. Many of his other pasty goofball friends, with whom he frequently gathers to play Settlers of Catan or Cards Against Humanity, feel they might not grapple so much with self-confidence if there were more Hollywood leading men who looked like they just stepped out of San Diego Comic Con or a niece's Bat Mitzvah.

“If I saw guys like me in movies succeeding against all odds, I know it would inspire me to better myself,” said Howseman, who is also Jewish but considers that a more minor aspect of his persona. “Heck, if guys like me in movies ended up getting the girl, especially one who under realistic circumstances would be way out of the guy's league, I'd probably never date within my realm of down-to-earth expectations again!

“I know change can't happen overnight,” Howseman conceded. “But an indoorsy unkempt white boy can dream, right? Maybe film is too much to hope for at first, but could we at least see some guys like me taking the reins in situational comedy?”

When asked more about his TV viewing habits, Trip admitted that he watches a lot, but is always in bed on weeknights before 11:30.