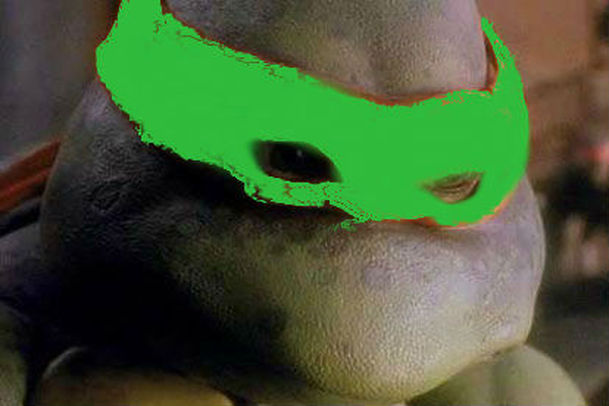 
August 12, 2014 - A tell-all book by genetically mutated being Larry Green, 45, is set for release this week, in which the author claims to be the forgotten fifth member of the Teenage Mutant Ninja Turtles. Titled “Broken Shell: The Inside Story,” the book alleges Green was raised and trained with the vigilante crime-fighting team, but quit the group before they achieved notoriety.

Green, a giant turtle with bipedality and the abilities of speech and abstract thought, provided an interview from his loft apartment in Chelsea about what spurred the release of the book. "I just couldn't take it anymore. The world's gotta know the truth about me, about the Turtles." Accused of a cash-grab in timing the book’s release with the August 8 debut of Michael Bay’s rebooted TMNT film, Green conceded, "I'm a turtle, not a moron."

The author insists he was one of five turtles infected in the late 1970s by radioactive ooze within Manhattan’s sewers, only to be adopted by another mutant, the man-rat and former ninjutsu master called "Splinter.”

"Those guys weren't born named after renaissance artists, you know. Well, none of us were born with names ‘cuz we were friggin’ turtles. But I mean, Master S[plinter] didn't call us that crap. He gave us good New Yorker names: Ralph, Joey, Mac, and Schlomo. And me, Larry." Green contends that it was their agent, Phil Finkelstein, who first took them on in 1983, who insisted on name changes for marketability. "Apparently, Phil handed out all the good names while I was in the bathroom, because he wanted me to be called 'Botticelli.'"

Green went on to say that he was intentionally assigned the only "lame-ass name" due to a strained relationship with Finkelstein. “Phil also had this idea to give us all masks in different colors, so kids could tell us apart. I said, ‘What, we all look the same to you?’ Friggin’ speciest. He said it was more realistic that ninjas would wear masks to hide their identity. I said ‘We're six foot tall f-ing turtles. Some pansy-assed piece of cloth ain’t gonna hide that."

It was this contentious relationship between Green and the Turtles' representation which led to his departure from the team. "The other guys really wanted to make it big, so they went along with all the crap. Eventually, they told me, hey, Larry, you either tinkle or get out of the litter tray. So, I left."

At this point in the interview Green stepped into the other room, returning much more energized and irritable. When asked if he has ever experimented with recreational drugs, he responded, "Naw, I just needed a 'little pizza power,' that's all."

Green does admit he regrets leaving the group. "I miss those guys, you know? They always had my shell. But things were gonna fall apart sooner or later. Master S was a great guy, but he wasn't the brightest rat in the pack. I mean, why only teach us how to use just ONE weapon? Wouldn't we be much more effective with weapons cross-training?" Green denied allegations that he was jealous because his training was in the use of throwing stars, which have limited use in most crime-fighting scenarios.

Green also said he regrets not being a part of the early 1990's "Coming out of their Shells" musical tour. "I play a wicked slap bass. But you know, Phil probably would have stuck me with playing the triangle anyway, so maybe it ain't such a bad thing." 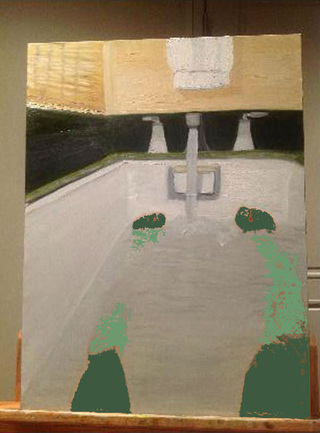 Now Green spends his days looking for other creative outlets. "Crime fighting is a teenage mutant's game. You don’t hear about Adult Diapered Ninja Turtles. Besides, I'm a much more artistic guy now. Sensitive, ya know?" Some of Green's projects have included building bedframe headboards from repurposed driftwood, making organic soaps from his own turtle wax, and something he calls "extreme welding." He takes the most pride in his watercolor series, however, which include some provocative subjects, such as the back of his head as he takes a shower and his feet propped up on the side of a bathtub as he bathes.

As far as his opinion on the new movie, Green was dismissive. "Have you seen a freakin' Michael Bay movie? My buddy Optimus Prime totally regrets signing over his life rights. You can ask him."

Prime, a sentient robot from the planet Cybertron with the ability to transform into an eighteen wheel Freightliner truck, confirmed Green's assertion. "Those films are giant turds,” said Prime. “But, it's a paycheck."

None of the remaining Turtles responded to requests for comment on Green's book in time for the publication of this article. Master Splinter's publicist issued the following statement for the 97 year old: "We cannot rest until Oruku Saki is stopped. The needs of the many outweigh the needs of the few. This banana pudding is delicious."