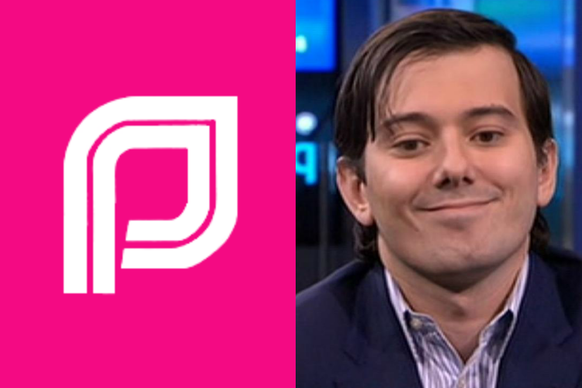 September 29, 2015 – It was confirmed this week that eliminating public funds for the reproductive health organization Planned Parenthood is a far more pressing concern than the rampant abuse and profiteering that occurs in the drug market, according to the nation's assholes, charlatans and pricks.

This finding comes on the heels of news that Martin Shkreli, a leading asshole in his field, acquired the rights to the toxoplasmosis drug Daraprim, and immediately raised the price from $13.50 to $750. Despite this blatant abuse of “anarchy pricing,” fellow asshats would prefer to focus on the marginal sum of taxpayer money going to an organization that actually provides affordable health services for women.

“It should be enough to say that this government spends too much to begin with,” said key Congressional asshole Jason Chaffetz. “We need to rein in spending and let the free market work without restraints, and only then can we address the unrestrained free market dickery of people like Mr. Shkreli.”

“Beyond the need to cut spending, Planned Parenthood's crimes must also be addressed,” chimed in popular asshole candidate Carly Fiorina. “Knowing and open price gouging that affects those suffering from malaria or HIV pales in comparison to unproven allegations made by us that PP is selling fetus brains on the black market.

“I bet they're using the money to buy crack for welfare queens too,” she continued. “Just throwing it out there.”

Despite numerous polls showing majority public support for Planned Parenthood, and an overwhelming hatred for this one guy more than anything else in the world, America's douchenozzles are united in their fucked-up priorities, and are making their obnoxiously loud voices heard.

“It's incredible how a small group of ornery dicksplashes have managed to hijack the narrative from more well-meaning folks,” said renowned statistician Nate Silver. “All evidence suggests that, if a single candidate were to drag Shkreli out of his office and punch him in the face, their approval rating would rise by double digits. Instead, a handful of incorrigible fuckwits have managed to say jack shit about him while keeping Planned Parenthood in the headlines.”

When reached for comment, Mr. Shkreli said he was thankful for the support from his fellow assholes, rich and poor, that he's more than happy to fade into the background, and that he heard Planned Parenthood is working with Elon Musk on a fetus-powered car.