Conspiracy Theorists Concede That Man Has Walked on the Moon, Which Is Flat 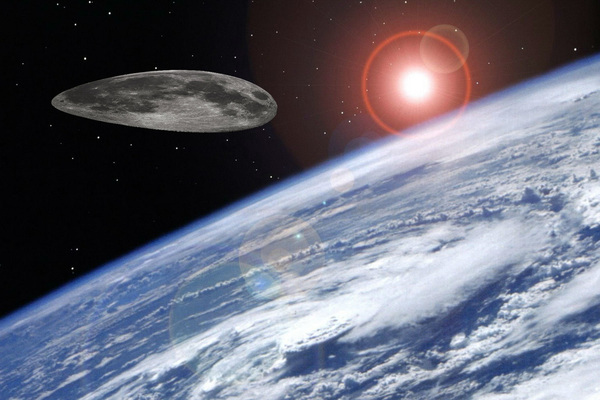 January 27, 2016 – Notable conspiracy nuts and perpetual paranoiacs came forward on Wednesday to announce that they have reached a new consensus regarding the 1969 moon landing and subsequent landings. It is now accepted fact that man has walked on the surface of the moon, which is believed to be a completely flat surface akin to that of Earth.

“We have to admit, this whole 'moon landing hoax' thing was a real boner on our part,” said notable state subterfuge expert Jagsmith von Keppelbach. “Once we came to the obvious conclusion that the moon we see overhead every night is flat as a pancake, it was immediately plausible that American astronauts have set foot on its seven-foot-deep surface.

In the wake of the announcement, most online conspiracy theorists have halted their activities of arguing with noteworthy scientific figures and commenters possessed of a ninth grade education, as well as generating sophisticated memes sporting all manner of numbers and doctored photos, in order to discuss the moon's true two-dimensional nature.

“Of course, our main beef with the concept of standing on the moon had been its supposed curvature,” Keppelbach explained in regard those who still say the moon may be spherical. “I mean, have you ever tried balancing on a ball for more than a few seconds? Last I checked, astronauts are soldiers, not members of Cirque do Soleil.”

As for the common question of why the flag planted on the surface of the moon appears to be blowing, the collected minds of the paranoid anonymous now accept that the flag was planted on the 'dark side of the moon,' the side always facing away from Earth's flat face, where it would indeed be manipulated by the spacewinds generated by solar flares and secret alien activity, constantly hidden from view by the moon like an eyepatch.

“The spacewinds also explain the moon's previously inexplicable movement across the sky,” says Keppelbach. “The surface being flat as it is, it gets blown about at random like a giant sail, always remaining above the Earth's surface thanks to gravity. Because if there's one thing we can all agree on, it's how gravity works.”

Keppelbach concluded his tweets with reporters by challenging anyone to disprove this new theory, before providing a string of memes about the U.S. government's plan to create a second moon using cloning centers located on Earth's secret side, a project funded by the World Jewish Bank and constructed by every supposed victim of a mass shooting since 2008.